Two teen suspects have been detained in relation to the death of Sean Toomey, 15, who was shot on March 24 outside of his family's home in Philadelphia's Wissinoming section. 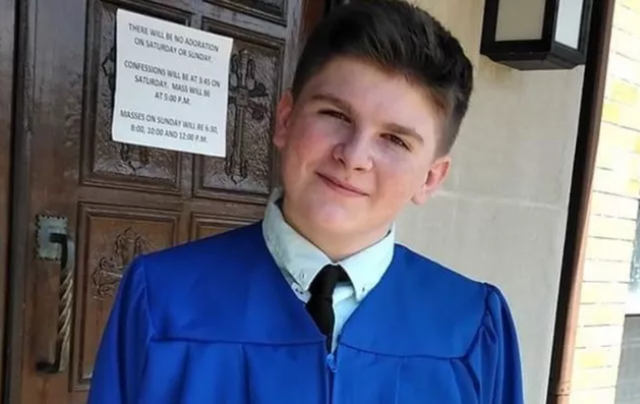 15-year-old Sean Toomey was shot and killed outside his Philly home on March 24. GOFUNDME / FAMILY PHOTO

Two teenage boys are in custody in connection to the murder of 15-year-old Irish American Sean Toomey, who was gunned down while retrieving a case of water from a car in Philadelphia.

Saahir Teagle, 17, was recently taken into custody in New Jersey on charges of murder and will soon be extradited to Philadelphia, officials said.

Sean Toomey was shot at around 9:12 pm on March 24 while retrieving a case of water from a car outside his family home on the 6200 block of Mulberry Street in Philadelphia's Wissinoming section.

The 15-year-old died the following day, according to Philadelphia police.

It remains unclear who shot Toomey, but police say a woman saw two male suspects pulling on her car door across the street moments before the shooting.

The woman said she called her boyfriend for help but added that the two suspects had run off by the time he came outside.

Shots were fired at some point during the incident.

Toomey's father John previously told Action News that he heard "two pops" while his son was outside, adding that he became suspicious when he did not return quickly.

"I heard the two pops and I thought it was firecrackers. But it only takes a second to grab some water and get in the house and he wasn't coming back in. So I got curious. I put my sweatshirt on, and I went outside and I saw him lying on my neighbor's lawn," John Toomey told Action News.

The Toomeys described Sean as someone who kept to himself and loved sports, especially the Philadelphia Eagles.