Seán Binder and 23 other volunteers still face felony charges in relation to people smuggling for their work rescuing migrants in Greece in 2018, although some charges have now been dropped. 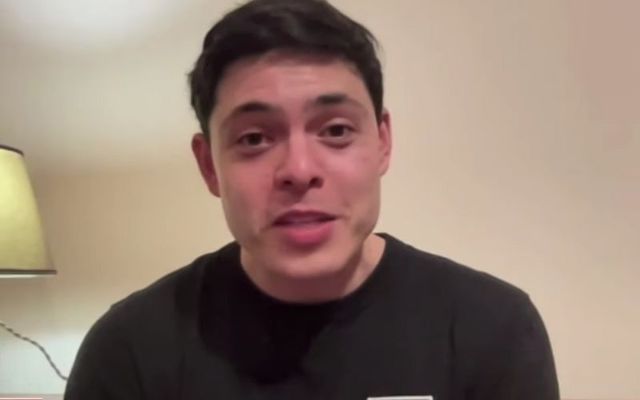 Seán Binder speaks to RTÉ News after learning that some charges against him had been dropped. RTÉ News YouTube

A Greek court has dropped charges of espionage against Irish volunteer aid worker Seán Binder who helped rescue migrants on the Greek island of Lesbos, although some felony charges remain in place.

The Lesbos-based court also dropped charges of people smuggling and being a member of an illegal organization against Binder and 23 other volunteers who participated in migrant rescue operations on the Greek island. Human rights organizations have described the trial as a sham.

The defendants denied all charges and said they did nothing more than try to rescue people whose lives were in danger.

The 24 defendants were being tried for misdemeanor charges in relation to people smuggling.

On Friday morning, however, the prosecution acknowledged serious flaws in the charges against the 24 defendants and recommended an annulment of the trial. These flaws include a failure to translate many of the documents connected to the trial into English and the charges of espionage being too vague to continue the prosecution.

Binder told RTÉ News that he has "mixed feelings" after the misdemeanor charges were dropped, stating that the defendants should have been found not guilty in a trial four years ago.

"Right off the bat, I am very happy that I can no longer brag about being a supposed spy, that is excellent news, but at the same time, this isn't necessarily justice," Binder told RTÉ News.

"Justice would have been having a trial four years ago and being found not guilty.

"Whereas now, what has happened is we're not getting to a trial because the prosecution has made so many errors at a trial that became impossible within the statute of limitations, so mixed feelings, but generally delighted."

Just before the ruling, the United Nations called on Greece to drop the charges against the defendants.

Greece's conservative government, which was elected in 2019, has vowed to make the country "less attractive" to migrants and has criminalized the provision of aid to migrants.

Irish MEP Grace O'Sullivan told RTÉ's Today with Claire Byrne that the charges against Binder and the 23 other defendants were political in nature, adding that they were an attempt to instil a climate of fear among those helping migrants.

Binder was arrested in Lesbos in 2018 while working with the NGO Emergency Response Centre International, despite the organization working with Greek authorities at the time.

He spent more than 100 days in Greek prison before being released in December 2018 following a campaign from family, friends, and human rights organizations.