Scottish man fined for calling an Irish man a leprechaun

Terry Myers, 41, appeared in Aberdeen Sheriff Court after he sent his ex-partner an email which made reference to the women's new partner being Irish. 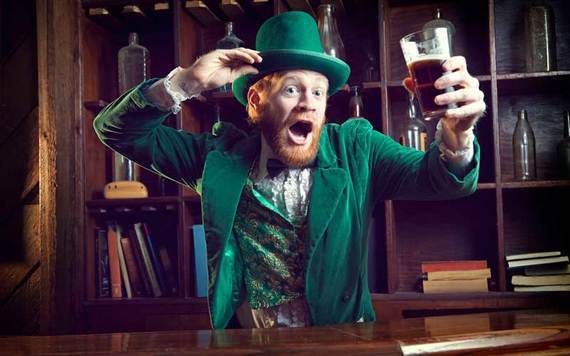 The man was fined £280 for using the term. Getty

A Scottish man has been taken to court and fined for calling his ex-girlfriend's new Irish boyfriend a "leprechaun" in a threatening email.

Terry Myers, 41, appeared in Aberdeen Sheriff Court after he sent his ex-partner an email which made reference to the women's new partner being Irish.

Susan Love, a public prosecutor with the ability to impose fiscal fines, said that Myers made "various threats to assault" the woman's new partner in the email, according to the Evening Express.

Love additionally said that Myers referred to the new partner as a "leprechaun" in the email.

She said that the woman's new partner found the term offensive since he was born in Dublin.

Myers pled guilty to sending a message that was grossly offensive, indecent or menacing, according to the Evening Express, and that he used offensive or derogatory language to refer to the woman's new partner.

The court found that Myers had committed a racially aggravated offense.

Iain Hingston, counsel for the defense, said that there was a history between the two men and that all charges related to one message or a set of messages.

Hingston said that the history between the men was "petty and pathetic" but that Myers should not have used the language that he did.

In a similar case in 2008, a Liverpool court found that calling someone a leprechaun was not a racist insult.

In that case, 18-year-old Andeliza Tucker called Eleanor Vince a "f**king leprechaun" and was charged with racially aggravated harassment.

However, defense attorney Louise McCloskey - of Irish ancestry - successfully argued that the prosecution was "political correctness gone mad," according to the Daily Mail.