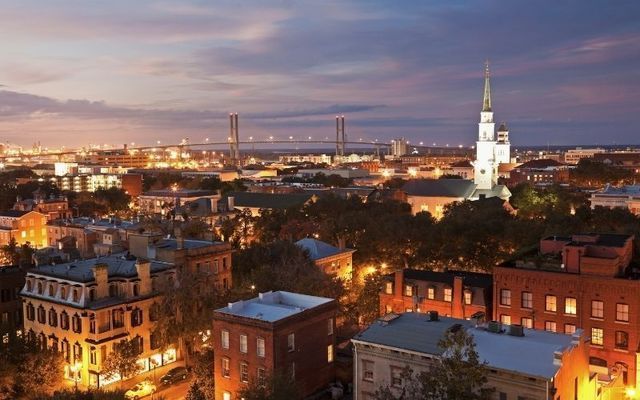 Savannah holds the second-largest St. Patrick's Day parade in the US. Getty

Savannah Mayor Van Johnson has announced major changes in the annual Savannah, Georgia parade, the second-largest in America after New York and the pride of the southern Irish.

It includes no live music and no beer or food wagons along the public route. The mayor is targeting public drunkenness which has become a major issue especially with out-of-town visitors showing up inebriated.

Johnson also announced plans to ban the out-of-town motorcoaches from entering and parking in the festival zone in hopes of cutting down on negative impacts according to the Savannah Morning News.

Johnson told the newspaper: “These party buses are usually filled with already intoxicated individuals who come to Savannah only for the street party. They arrive intoxicated, they do not patronize local businesses, nor do they stay in local hotels,” he said, adding that local buses and other rideshare transportation services will not be impacted.

The parade has become known for its “rowdy party on the river” the newspaper reports.

The festival zone will be extended into minority neighborhoods to give a greater sense of civic involvement and opportunity for all to benefit.

Expanding the festival zone beyond downtown presents a chance for a more overall diverse experience. It “gives opportunities for minority businesses and Black-owned businesses to take part and have those opportunities that they probably did not have before,” Greater Savannah Black Chamber of Commerce board member Tomeca McPherson told the Savannah Morning News.

“The consensus among the committee members was that the street activities after the parade have evolved into a spring break-like atmosphere, generating enormous amounts of litter, underage drinking, and other behaviors that run counter to the familiar cultural and religious aspects of the day,” Johnson said.

“We must remember and be reminded that St. Patrick's Day is a religious experience.”

Michael Owens, president and CEO of the Tourism Leadership Council the Savannah Morning News said: “We wanted to see a change in what we were seeing in the nighttime activity and we believe strongly that these recommendations are part of a multi-year, and I want to underscore that, multi-year planning for what and how this community hosts the St. Patrick's Day experience well into the future.”

The changes will be presented to Savannah City Council for a vote on February 10.

John Fogarty, general chairman of the Savannah St. Patrick’s Day Parade Committee, which hosts the world-famous parade said the committee is delighted to have the parade back after two years of Covid cancellations.

“I know the city wants it, our community wants it. We need it to some extent to get back together,” he said.