"Santa will be facilitated in terms of access to Irish airspace" to deliver presents this Christmas, Taoiseach Micheál Martin told the Irish government. 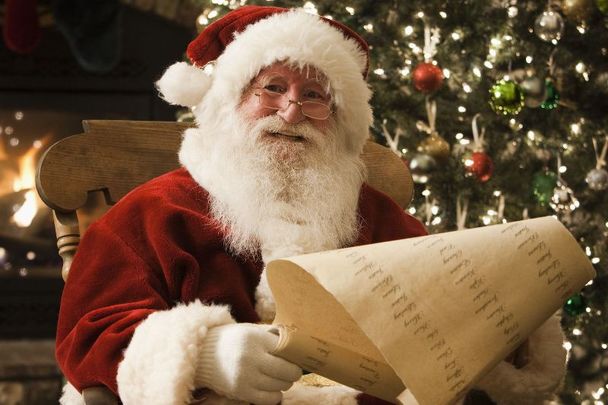 Santa Claus has been given permission to enter Irish airspace on Dec 24, to make sure good children will receive gifts this Christmas. Getty Images

Santa Claus will be permitted to fly in Irish airspace this Christmas, the Irish government has confirmed.

"I wish to confirm beyond a shadow of a doubt that Santa will be facilitated in terms of access to Irish airspace," Taoiseach Micheál Martin said in the Dail on December 13.

"Our intelligence is that Santa will arrive duly on time for the children of our nation. They may rest assured of that.

"We may not guarantee a lot of other things but we can guarantee that most definitively."

Martin's confirmation was met with 'here, here!' in support.

Taoiseach confirms that Santa is coming to Ireland on time for Christmas... https://t.co/YFw8UZofZe via @YouTube pic.twitter.com/PmxmGM4ZDl

Martin gave the festive confirmation during his last Leaders Questions in the Dáil on December 13; four days later, Leo Varadkar was 'rotated' in the role of Taoiseach, while Martin shuffled into the role of Tanaiste.

Fianna Fáil's Cormac Devlin posed the question about Santa in Irish airspace to Martin, acknowledging that it was "a tough one for him on the last Leaders’ Question.”

Devlin said: "We're just now 12 sleeps away from  Christmas, and many children have written to their letters to Santa, Taoiseach, are anxiously awaiting the arrival of Santa Claus.

"I know Santa, Mrs. Claus, and all the elves are very busy making all of the presents and the arrangements for them to be delivered across the world.

"Can the Taoiseach confirm that arrangements are in place for Santa and reindeer to enter Irish airspace on Christmas Eve?"

Thankfully for the children of Ireland, Santa Claus's visit this Christmas will be facilitated appropriately.