Rooney said she turned down an offer from Israeli publishers to translate her new book into Hebrew out of solidarity with the Boycott, Divestment and Sanctions (BDS) movement. 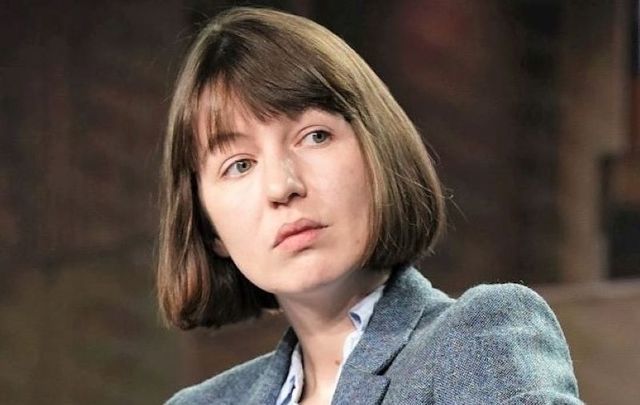 Two major Israeli bookstores have pulled all books by Irish author Sally Rooney after she refused to have her latest book translated into Hebrew by an Israeli publishing house.

Steimatzky and Tzomet Sefarim, two major bookstores with more than 200 outlets across Israel, will not sell any of Rooney's books after she turned down an offer from Israeli publisher Modan last month to translate her new novel "Beautiful World, Where Are You".

The "Normal People" author stated that her decision was in support of calls to boycott Israel over its policies in Palestine.

Rooney said that she was "very proud" that her previous two novels were translated into Hebrew but said that she did not want to sell the translation rights to her newest book to an Israeli-based publisher.

She said that her decision was out of solidarity with the Boycott, Divestment and Sanctions (BDS) movement, a pro-Palestinian campaign that calls for a complete boycott of Israel.

Rooney said that she could not "accept a new contract with an Israeli company that does not publicly distance itself from apartheid and support the UN-stipulated rights of the Palestinian people".

She said that it would be "an honor" to have her new book translated into Hebrew by a company that shared her political views.

Rooney received both praise and condemnation for her decision, with Israel's Diaspora Minister Nachman Shai claiming that the boycott of Israel was "anti-semitism in a new guise".

A spokesperson for the Steimatzky chain told the Guardian that the store decided to pull Rooney's books as soon as it learned of the boycott.

"The Steimatzky chain is a literary stage and a warm and embracing home for any literary work with a love of the written word. From the moment the subject was brought to our attention, as an immediate step, we removed the books from the site," the store told the Guardian.

Rooney's decision was "warmly welcomed" by the Palestinian Campaign for the Academic and Cultural Boycott of Israel, while the Ireland-Palestine Solidarity Campaign (IPSC) congratulated her for the decision.

"Well done to Sally Rooney for her principled decision not to publish her latest novel with an Israeli publisher complicit in apartheid, to respect the BDS call in solidarity with the Palestinian people," the IPSC said on Twitter.

Well done to Sally Rooney for her principled decision not to publish her latest novel with an Israeli publisher complicit in apartheid, to respect the BDS call in solidarity with the Palestinian people. #BDS is UNSTOPPABLE! https://t.co/RTMucIKAfy