Irish owners of Europe’s largest budget airline warns his flights out of UK will be grounded by 2019. 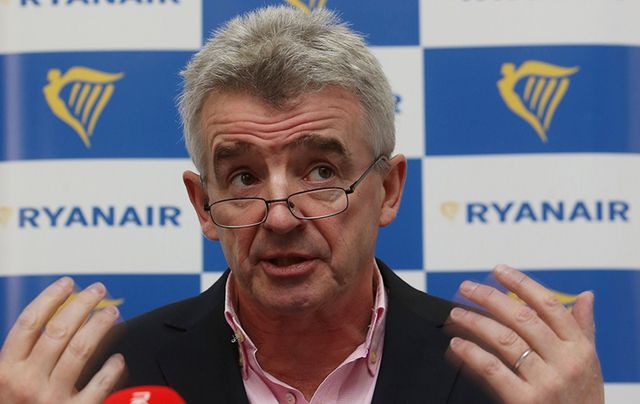 Michael O’Leary, the Chief Executive of Europe’s largest budget airline, Ryanair, says airlines warned that his companies flights would be grounded in the summer of 2019 if no Brexit deal is reached.

He said those in the United Kingdom, post-Brexit, would be left with “the option of driving to Scotland or getting the ferry to Ireland" for their vacations. He joked that this would appeal to “all those many millions who like to go to Spain, Portugal and Greece for the cheap sunny holidays.”

The straight-talking boss told a press conference on Wednesday that airlines in Europe are “actively campaigning” for the United Kingdom to be offered a bilateral agreement that would be “almost unacceptable” to those in favor of a hard Brexit.

There’s no sign of any agreement on aviation between the UK and the EU, says Ryanair boss Michael O'Leary #newsnight pic.twitter.com/m0y1IQJxPt

He told the London press conference he had seen briefing documents put out by airlines that call for any future flights to be under the jurisdiction of the European Court of Justice (ECJ) and added that the logos of Lufthansa, Air France and KLM were on these documents.

“There's no doubt in our minds that the German and French airlines, in particular, are opposed to the UK getting any favorable deal,” O’Leary said

"They are in favor and are actively campaigning for a bilateral with the UK under which the UK must accept ECJ jurisdiction.

"They accept all past and future regulation of air travel by the European authorities. This makes it almost unacceptable to those who believe here in a hard Brexit.

"They do not wish to be seen to bend the knee to the European Court of Justice or European regulations."

The Irish owned airline, Ryanair, flies out of Belfast International Airport and Derry Airport in Northern Ireland.  Since the 1990s the single market for aviation has meant that there are no commercial restrictions for airlines flying with in the European Union.

O’Leary met with the United Kingdom’s Transport Secretary Chris Grayling on Tuesday to discuss the impact of Brexit.

Ryanair’s owners said he stressed the need for an aviation agreement to be put in place soon but said he was “more skeptical” that the British Government that this will be possible.

He said "We think there's nobody on the other side that will be that willing to facilitate giving the British a great deal by September 2018.

"There's huge upside for German and French airlines in disrupting British Airways flights between the UK and Europe, disrupting easyJet's flights... and causing us some grief.

"That means we have to move planes out of the UK into continental Europe.

"If I was them, I would be doing exactly the same thing. If you can screw up your competition at reasonably little cost to yourself - they have very little capacity in the UK - then Godspeed."