Irish man Ryan Cody was found in an NYC hospital on Tuesday after a frantic four-day search. Money raised for the search effort will be returned, his family confirmed. 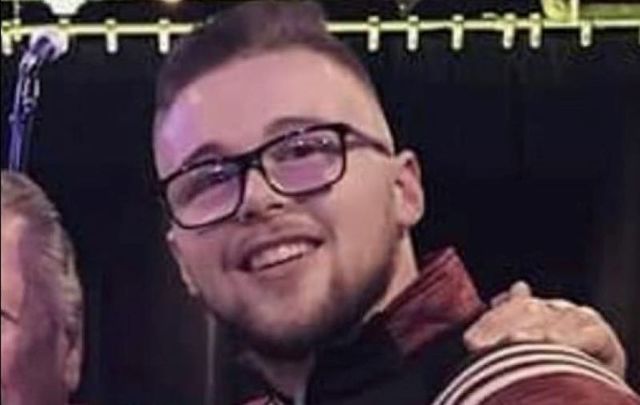 The family of Cork native Ryan Cody, who was located in a hospital nearly four days after disappearing in Queens, New York, has thanked the Irish for their outpouring of support.

"Ryan is safe and well and was in hospital," Anthony Cody said in a final public update issued on Wednesday evening, a day after his brother Ryan, 23, was finally located.

"He had no glasses, fell, banged his head, and had a concussion. He is safe now with family and we are so grateful for everyone's help."

Anthony, based in Co Cork, turned to social media on Monday morning after Ryan hadn't been seen since Saturday evening in the Forest Hills section of Queens in New York City.

His appeal on Facebook, first reported upon here on IrishCentral on June 21, quickly went viral amongst the Irish and Irish American community in New York and abroad.

On Tuesday morning, having received little to no information from authorities in NYC, Anthony launched a GoFundMe to help "get family members on their way out there [to New York] as soon as possible to help with the search for my brother."

Within a few hours of launching the GoFundMe, Anthony confirmed that the NYPD had begun to search hospitals in Queens and Manhattan in New York City.

That evening, Anthony confirmed that Ryan had been found in an NYC hospital, concluding the whirlwind search with a happy ending.

With Ryan accounted for, Anthony announced on Wednesday evening that the money generously raised to help get the family from Ireland to New York will be returned.

“Our GoFundMe page in the process of getting a refund to the people who donated," Anthony said in his Facebook post.

“Thankfully, we don't need the money anymore and will be able to get Ryan home to us.

"We thank each and every one of ye for donating so generously. We hope this doesn't offend anybody. As a family, we believe this is the correct thing to do."

"We are so proud of how well we are represented abroad."

Anthony remarked how touched he and his family are by the outpouring of support: "We as a family asked for help and ye as a community answered immediately. We surpassed any expectations of how much we could raise."

He added: “The love and support of everybody was unbelievable. I’d love to get into names but when I tell ye hundreds reached out. I'm sure we replied to every single person who mailed me.

"The Irish people are the greatest people in the world. We are so proud of how well we are represented abroad. Everybody involved, give yerselves a massive pat on the backs. We cannot thank ye enough."

Anthony says that he and his family hope they didn't "upset" anybody in their efforts to find Ryan. They acknowledged that in hindsight, they panicked and could have given Ryan "a few days to surface."

Sweetly, Anthony added: "Mam's favourite son is coming home and we can't wait to see him."