Ireland's Department of Foreign Affairs said Ruan Calum Crighton, who was killed in the Yeti Airlines crash in Nepal on January 15, is a British national and not Irish, contrary to earlier reports. 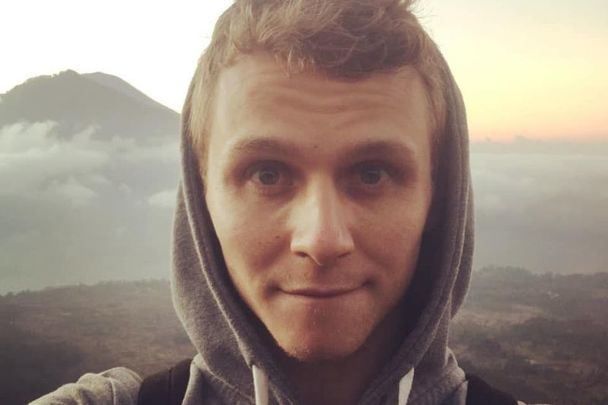 Ruan Calum Crighton was described by the Civil Aviation Authority of Nepal (CAAN) as a national of Ireland after the fatal Yeti Airlines crash on January 15.

Ruan Calum Crighton was confirmed to be among the victims in the Yeti Airlines flight 691 crash in Nepal that occurred Sunday, January 15.

Crighton was described in early reports as a national of Ireland, though Ireland's Department of Foreign Affairs has since confirmed otherwise.

"The Department of Foreign Affairs can confirm that an individual indicated in reports as being Irish is a UK national," the DFA said in a statement on Monday, the day after the crash.

"Our deepest sympathies go to all those who have been affected by this tragic plane crash."

The DFA had previously said it was aware of reports that an Irish passenger was involved in the crash and "stands ready to provide consular assistance if requested."

On Sunday, the Civil Aviation Authority of Nepal (CAAN) tweeted details of the passengers who were on board Yeti Airlines flight 691, which listed Crighton as a national of Ireland.

However, Crighton's passport number on the passenger list tweeted by CAAN follows the British format of nine numbers, rather than the Irish passport format that uses a combination of letters and numbers.

CAAN was criticized on social media for publishing the passenger list, which included the full names and passport numbers of the passengers on board the flight.

Less than an hour after tweeting the passenger list, CAAN tweeted a press release that said one Irish national was on board the Yeti Flight at the time of the crash.

CAAN said 72 people, including four crew members, were on board at the time of the crash.

On Monday morning, CAAN said 69 bodies had been retrieved and 41 bodies had been identified. The aircraft's 'black boxes' had also been located as investigations continued.

"We pray for a miracle,"  Tek Bahadur KC, chief district officer in Taksi, said on Monday, "But, the hope of finding anyone alive is nil."

Updates on #9NANC Crash:
-Out of 72 onboard, 69 bodies retrieved & 41 identified
-Forensic team dispatched to Pokhara
-Aircraft’s FDR & CVR recovered
-Identified bodies being handed over to their next of kin in Pokhara
-MI 17 helicopter deployed to bring the bodies to Kathmandu

Crighton, who was born in Brentwood in Essex, England, was a talented ballet dancer. In 2008, he told BBC he was training at London’s Central School of Ballet and had just accepted an offer with the Slovakian National Ballet.

A spokeswoman for the Central School of Ballet told The Mirror they had been advised not to comment on the tragedy by Crighton's family.

Crighton's friend from the Slovakian National Ballet told the Irish Daily Mail that he is "devastated" by the tragedy.

"Ruan was one of my best friends. We dance together on stage for years," the friend said. "It is very hard to say something about [him] right now. But first he was a sunshine."

The Mirror reported that Crighton was understood to have been on a trip to celebrate his 34th birthday.

Yeti Airlines flight 691 was on a 27-minute flight route from Kathmandu when it crashed on approach to the tourist city of Pokhara in Nepal on the morning of Sunday, January 15.

The Associated Press reports that the EU has banned airlines from Nepal from flying into the 27-nation bloc since 2013, citing weak safety standards. In 2017, the International Civil Aviation Organization cited improvements in Nepal’s aviation sector, but the EU continues to demand administrative reforms.