It is not yet known if the man is among the 68 people who died on board the Yeti Airlines flight, which crashed en route to Pokhara after departing from the Nepalese capital of Kathmandu at 10:30 a.m. local time on Sunday. 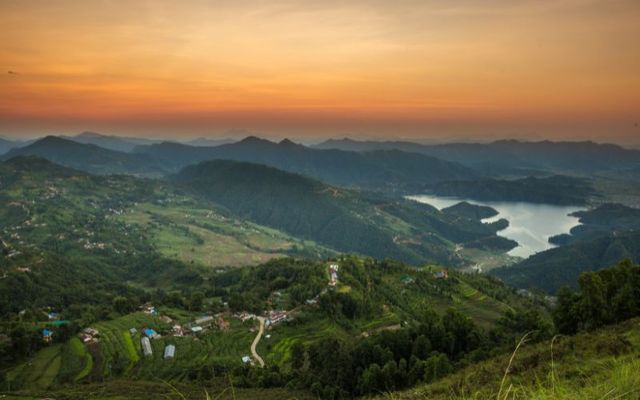 An Irish man was among the passengers involved in a plane crash in Nepal that claimed the lives of at least 68 people on Sunday morning.

It is not yet known if the man is among those who died on board the Yeti Airlines flight, which crashed en route to Pokhara after departing from the Nepalese capital of Kathmandu at 10:30 a.m. local time on Sunday.

The flight, which was carrying 68 passengers and four crew members, crashed as it approached Pokhara Airport, which only opened on January 1. Pokhara is a gateway to the Annapurna Circuit, a popular hiking trail in the Himalayas.

A Yeti Airlines spokesperson said 15 foreign nationals were on board the flight, including five from India, four from Russia, two from South Korea, and one each from Australia, Argentina, France, and Ireland.

A Department of Foreign Affairs spokesperson said the Department is aware of reports that an Irish passenger was involved in the crash and "stands ready to provide consular assistance if requested".

Nepalese soldiers were among those who searched the wreckage site on Sunday, with local TV sharing footage of thick black smoke billowing from the crash site. The AFP news agency reports that one local official told reporters that some survivors had been taken to hospital, although this has not been confirmed by Yeti Airlines.

#Nepal
72 passengers were on board. Plane crash at Pokhra International Airport. pic.twitter.com/igBoObcCDm

He has also called an emergency cabinet meeting, according to a Nepalese Government statement.

The plane involved in Sunday's crash was 15 years old, according to flight tracking website Flightradar24.

The ATR72 is a widely used twin-engine turboprop plane manufactured by a joint venture of Airbus and Italy's Leonardo. Yeti Airlines has a fleet of six ATR72-500 planes, according to its website.

The crash is the deadliest to occur in Nepal since March 2018, when a US-Bangla Dash 8 turboprop flight from Dhaka, Bangladesh, crashed on landing in Kathmandu, killing 51 of the 71 passengers on board.

At least 309 people have died in plane or helicopter crashes in Nepal since 2000.

The country, which is home to eight of the world's 14 highest peaks, has a patchy air safety record, with abrupt weather changes creating hazardous conditions. The European Union also banned Nepalese aircraft from entering its airspace in 2013 amid safety concerns.