Family object to lack of protocols to ensure cut was treated properly by staff who were unaware of infection dangers. 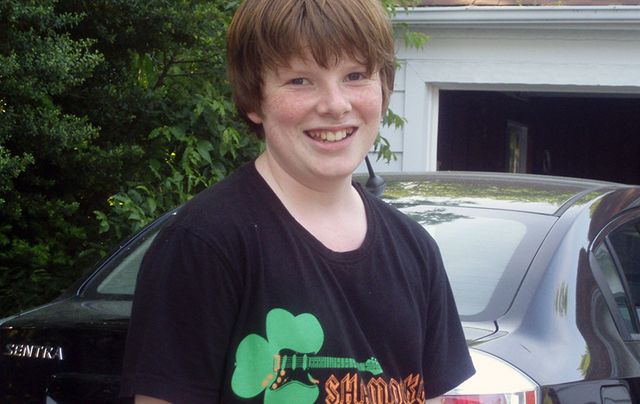 Rory Staunton died after a cut, he got on the school playground became infected.

Ciaran and Orlaith Staunton, parents of Rory Staunton who died five years ago after contracting sepsis while a student at Garden School in Jackson Heights, Queens, New York, announced today that they will be submitting a formal complaint to the New York Association of Independent Schools, challenging the accreditation of the school. Following Rory’s untimely passing, the Stauntons founded the Rory Staunton Foundation to promote education, awareness and rapid diagnosis of sepsis.

On Tuesday March 27th, 2012, Rory cut his elbow playing basketball at school. This wound reopened the following day and his gym teacher applied band aids without washing the cut. Rory was not sent to the school nurse and Rory’s parents were not informed. The school did not have protocols in place to ensure that cuts were treated properly and the staff was not made aware of the potential dangers of these types of wounds. Following Rory’s death, the school, under the leadership of Dr. Richard Marotta, refused to provide any information to the family about Rory’s last days in school.

Ciaran Staunton explained the family’s decision as a necessary further step in honoring his son’s memory: “At every step of this very painful journey that began the day Rory returned home from Garden School with a scraped elbow, our primary goal has been to do everything we can to avoid another family suffering the untimely and unnecessary loss of a family member due to sepsis.

Ciaran Staunton speaking on the Senate on behalf of the Rory Staunton Foundation.

“We have been engaged in litigation with Garden School in an effort to encourage the school to evaluate whether and how it maintains a clean and safe environment for students. We also seek to improve the manner in which staff and professionals treat students injured while at the school.

"We wish to stress that we were offered settlements which would have meant we could not speak out and we have refused to accept them.  It has become clear to Orlaith and me that external pressure to acknowledge and improve the school environment in these important areas is needed. Garden School regrettably is unwilling to change or even acknowledge its failings.”

Orlaith Staunton added: “If the occasion of a student’s death won’t change Garden School’s practices, then we need to find a way to convince them to change–even if that means dropping our lawsuit in order to achieve that change through a challenge to Garden School’s private school accreditation. We have also been in contact with New York State Department of Education. Our son’s experience and our pain and sorrow should never be experienced by another family.”

The Staunton's lawyer, Thomas Moore, deplored the abject failure of the school. “It became obvious during the pretrial testimony that the school was grossly negligent in its treatment of Rory.  This was followed by a deliberate and orchestrated effort to cover up the circumstances of Rory’s fall.  Surely, parents who entrust, in part, the education and nurturing of their children to others are entitled to better."

As a private school founded in the 1900’s, Garden School is not regulated by the U.S. or New York State Departments of Education, and relies on accreditation from member organizations such as the New York Association of Independent Schools to address public and student family concerns about the quality of the education and environment being provided.

The New York Association of Independent Schools has taken the position that it will not consider an accreditation challenge while a complaining party maintains a lawsuit against a member school, effectively requiring the Stauntons to choose between pursuing their lawsuit against Garden School or filing an objection to Garden School’s private school accreditation. “The need to protect other students from the fate that befell our family was always more important than a financial recovery,” said Ciaran Staunton.

Since its founding, The Rory Staunton Foundation has successfully led efforts to change the law in New York and other states to implement sepsis detection protocols designed to expedite intervention and reduce sepsis deaths.