Jeff Olsen and Anna Lisa Van Bloem are offering a reward for the return of their Hill of Tara Summer Solstice wedding videos and photos. 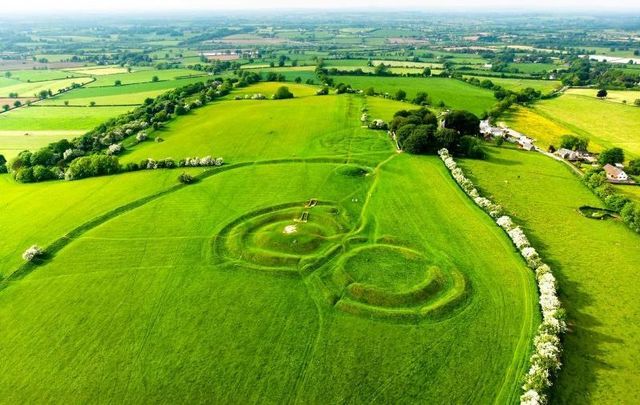 An American couple is appealing for the return of their Hill of Tara summer solstice wedding video and photographs after their photographer's car was robbed. Getty Images

Following their summer solstice wedding at the Hill of Tara, newlyweds Jeff Olsen and Anna Lisa Van Bloem are appealing for the return of their wedding video and photographs after their photographer’s car was robbed the day after the celebrations.

Read More: Too many visitors ruining the Hill of Tara, the ancient site of the High Kings

The Irish Times spoke with the newlywed couple who traveled to the Hill of Tara in Co Meath from their native Utah for their nuptials.

The couple, who first visited the Hill of Tara in 2016, opted for a traditional Celtic hand-fastening ceremony on June 21, the summer solstice and the longest day of the year.

Of their wedding, Jeff told The Irish Times: “We thought it was such a beautiful and awe-inspiring morning in 2016. We felt that we were really welcomed by the people there.”

“I would venture at that point in our hearts we were going to come back and do our wedding here.”

Jeff Olsen and his Bride Anna Lisa Van Bloem from Utah in the USA celebrated their marriage on the Hill of Tara this morning, as the sun rose for the Summer Solstice. According to tradition, this ancient ceremonial site was the inauguration place and seat of the High Kings of Ireland, and it also appears in Irish mythology. Photograph: Nick Bradshaw/The Irish Times #hilloftara #summersolstice

Read More: How to celebrate the summer solstice the Irish way

A hard drive containing the photos and videos from the couple’s celebration was among a number of items taken from the car’s trunk. Other items included passports, clothes, and electrical items.

Jeff told the Irish Times: “We were so excited by our whole experience in Ireland. Our day was so magical.”

“I actually said to my wife that it had all been too perfect, so maybe I jinxed the whole thing.”

Read More: What you need to know about planning an Irish wedding

Despite their loss, the couple has been touched by the kindness of strangers who were present on the day of their wedding that have sent through their own videos and photos.

“Everyone has been really super. A lady sent us the photos she had taken of the day,” Jeff said.

The couple, who is set to return to the US on Friday where they plan to legally get married, are offering a €500 reward for the return of the items. A report has been lodged with the nearby Slane Garda Station where they hope the thieves will return the possessions.