As they have done for over 6,000 years, hundreds gathered at dawn this morning to celebrate the summer solstice at the Hill of Tara, Co. Meath, the seat of the ancient Irish High Kings. 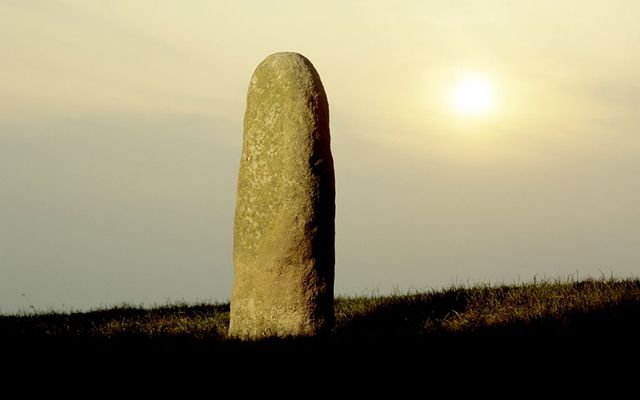 The Hill of Tara. Tourism Ireland

As they have done for over 6,000 years, hundreds gathered at dawn this morning to celebrate the summer solstice at the Hill of Tara, Co. Meath, the seat of the ancient Irish High Kings.

A pagan festival celebrated by Celtic people in worship of the summer and the sun on which they relied to grow crops, the tradition of gathering at the famous Irish landmark has continued on for millennia while bonfires at lit around the country to celebrate the longest day of the year.

Normally taking place on June 23, today’s solstice continued to tradition of emerging from the harsh winter months by celebrating the dawn of the longest day with some even camping overnight to be there in good preparation for the event.

At 4.52 am, the sun began to rise but was unfortunately obscured by clouds despite the amazing few days of summer weather that Irish has been experiencing. The revellers continued the party in good cheer, however, and were rewarded soon after as the clouds parted ways to reveal the morning sun.

“It was so beautiful and peaceful,” Babs Leonard from Dublin told The Irish Times, while her friend Susan McGovern stated:  “It’s very special. There is an energy up here.”

Read more: How to celebrate the summer solstice the Irish way

The Hill of Tara site is associated with many events in Irish folklore and is believed by some to have a special energy and connection to the rest of the country. Many druids and witches gather at the site on major pagan festivities such as this to experience said energy.

Druids also gather at Stonehenge in England, possibly the most famous historic site where the solstice is celebrated.

“An ordinary person coming here sees nothing,” also said Kyrie Murray to The Times, sporting a staff carved from a piece of local pine, “but this is a magical, sacred place.”

“I feel at this point that nature represents God in my life. It is important to mark the turnings of the seasons and to celebrate days where we have the longest light of the year,” added Mary Burke, originally from Offaly but now living in Australia who had traveled for the event with a few Australian friends.

Watching the sunrise at the Hill of Tara on the longest day of the year is always worth the early start. pic.twitter.com/4HqsuBt2nC

The Hill of Tara, located near the River Boyne, is an archaeological complex in Meath that contains a number of ancient monuments. According to tradition, was the seat of Árd Rí na hÉireann, or the High King of Ireland. In total, 142 Kings are said to have reigned in the name of Tara, where the coronation stone called The Lia Fail or Stone of Destiny has rested for millennia. Here the king were said to be approved by the Earth Mother Goddess Maeve and held their great inaugural feasts.

Tara is also believed to be a place that St. Patrick visited when he returned to convert the people of Ireland to Christianity. It was revered as an entrance to the world of the ancient gods and to another world where no mortals grew old and so seeing this place at the hub of the old religion in Ireland, St. Patrick confronted it during his mission.

Recent scholarship has claimed, however,  that despite the rich narratives derived from mythologies, Tara was more of a sacral site associated with kingship rituals.

Tara is now owned by the Irish government and entry is free.

I can't believe it's the summer solstice today! I'm not ready to start winding back down into winter. 🙁