Tourism Ireland has confirmed that the river that runs through Dublin will go green for 2020, with help from city plumbing authorities in Chicago. 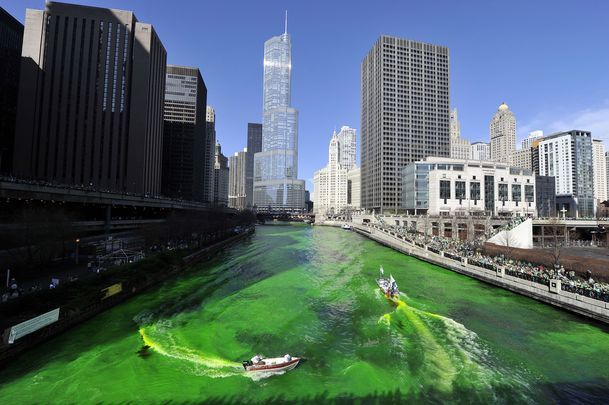 Dublin’s River Liffey will be turned green for St. Patrick’s Day next year.

Tourism Ireland CEO Niall Gibbons has confirmed that the river that runs through Dublin will go green for 2020, with help from city plumbing authorities in Chicago, The Irish Examiner reports.

The Chicago River was first dyed green for St. Patrick’s Day 1962, and the green river has since become an annual tradition.

The idea to turn the river green was initiated by Irish American mayor Richard J Daley, whose parents came from Waterford.  A friend of the mayor had noticed a plumber’s overalls stained green from a dye that is used to check for leaks in the pipes.

Every St. Patrick’s Day, Chicago’s plumbing union is responsible for adding the environmentally-friendly vegetable dye to the Illinois river.

Senator Billy Lawless, a Chicago businessman, is facilitating the plan in Dublin and is in contact with Chicago’s Plumbers Union.

“The Plumbers Union has been greening the Chicago River for many years. It is environmentally safe. They would be delighted to do a once-off greening of Liffey next St Patrick’s Day.

“I believe it would be a great tribute to the relationship between Ireland and Chicago. It would also compliment Ireland’s worldwide greening project on St Patrick’s Day.”

Ireland’s ‘greening of the world,’ a Tourism Ireland travel initiative in which iconic monuments around the world are lit up in green around St Patrick’s Day, began in 2010. Around 470 sites in 55 countries went green this year.

Ambassador of Ireland to the United States, Dan Mulhall, has confirmed that negotiations are underway on the River Liffey project.