Richard O'Halloran, a businessman from Dublin, has been held without charge in China for two years. 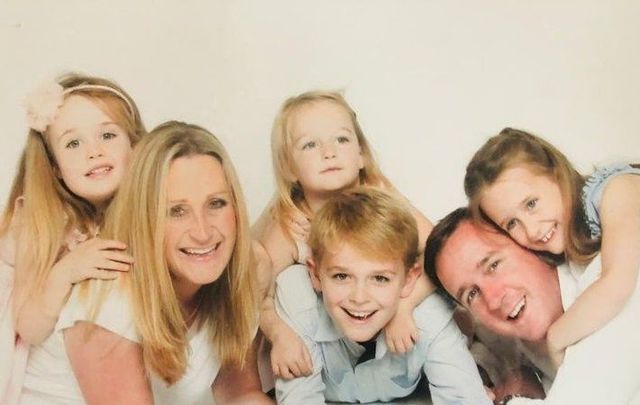 An Irishman held without charge in China since 2019 has issued an appeal to Chinese authorities to let him return to Ireland.

Richard O'Halloran has been held in China since February 2019, when he flew to the country to resolve a dispute between his employer and Chinese authorities.

The Chinese Embassy said that CALS is involved in a case of "illegally collecting funds" from Chinese nationals, but the allegations pre-date O'Halloran's arrival at the company and he has been held without charge for two years.

A father of four, O'Halloran spoke to RTÉ's Primetime this week about his experiences in China and appealed directly to Chinese authorities to let him return home.

"There is no reason for me to be stuck here. I should be allowed to return home to continue running the Irish entity and returning money to China as I said I will do," O'Halloran told Primetime in an interview on Thursday.

"My hope is that the Chinese authorities see sense and see that the commercial solution that we are putting forward is the most viable way forward. It’s the best solution for everybody."

Irishman, Richard O'Halloran, has been stuck in China for two years. His family want him home, but he is stuck in a legal and bureaucratic nightmare.

O'Halloran said that the situation has been very difficult for his young children to comprehend.

"It’s very difficult for me to process but for the children it's devastating. It's very difficult to explain to a five-year-old, now seven, that Daddy's not coming home for your birthday, your communion, your confirmation, or Christmas."

A petition directed towards Ireland's Department Of Foreign Affairs to save O'Halloran has so far gained more than 15,000 signatures.

In a statement to RTÉ News, the Department of Foreign Affairs and Trade said that it continues "to provide all possible consular support and assistance to Mr. O'Halloran and attaches the utmost importance to his welfare."

It added: "The case has been raised regularly at senior political and diplomatic level with the Chinese authorities. These engagements have emphasised the humanitarian aspects of the case, and the importance of Mr. O'Halloran being allowed to return home as soon as possible."

Three Members of the European Parliament (MEPs) from Germany and Greece have also addressed a letter to the Chinese Ambassador to the EU to campaign for O'Halloran's return to Ireland.

On February 15, Independent Senator Michael McDowell said that a debate about O'Halloran has been postponed at the request of Coveney who said the matter was at "a delicate stage of negotiations."