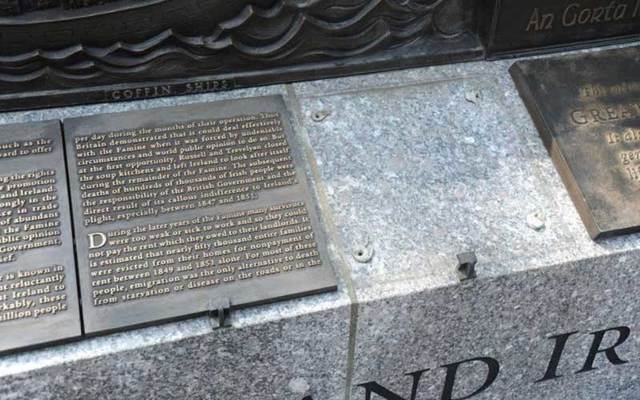 An Irish Famine memorial in Providence, R.I., has suffered major damage after vandals stole two bronze plaques from the site.

According to police, the plaques, which tell the story of the Irish famine, were stolen in August.

"My great-grandparents on both sides of my family were famine survivors," said Donald Deignan, historian, and president of the Rhode Island Irish Famine Memorial Committee.

The committee has since removed all plaques to prevent further theft from the $1 million memorial, Turn to 10 reports.

The Rhode Island Irish Famine Memorial was erected on 100 Eddy St in Providence in 2007 and is dedicated to the victims and survivors of the Great Irish Famine of 1845-1851.

The memorial committee is seeking donations to help restore the plaques.