New report urges changes to way returning citizens are treated by the state. 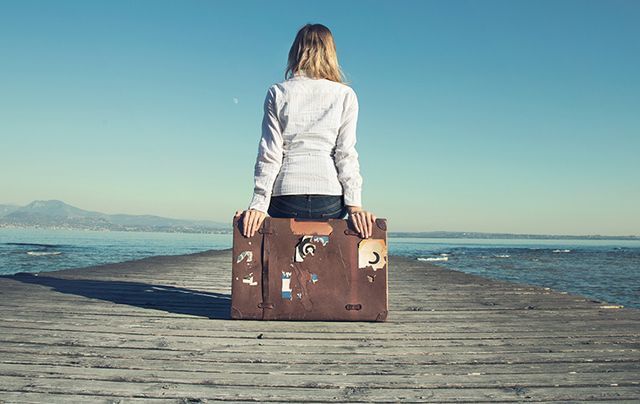 Multiple challenges were faced by the approximately 26,000 Irish emigrants who returned home in 2016. iStock

New report urges changes to way returning citizens are treated by the state.

The Irish Minister for the Diaspora Ciarán Cannon T.D., has published a new Report on Addressing Challenges Faced by Returning Irish Emigrants.

This independent report prepared by Indecon was commissioned by the Department of Foreign Affairs with the goal of identifying solutions to disproportionate or unnecessary administrative burdens affecting Irish emigrants wishing to return to live in Ireland.

Among the issues to be dealt with are driver’s licenses from abroad many of which are not acknowledged as valid including those from the US, insurance costs for returning emigrants who are considered newcomers, mortgage availability which is a major problem and cost of university fees where returning emigrants are considered foreigners. Rural settlers also face problems accessing grants for farming and small business.

The drive for change has been headed by Irish Lobby for Immigration Reform head Ciaran Staunton and Irish emigrant senator Billy Lawless.

Ciaran Staunton said he hoped the report would bring about the “speedy removal of obstacles that can turn the joy of returning Irish citizens into disillusionment and despair.” Staunton said a “one-stop shop” solution was required to address various difficulties faced by both individuals and families.

“We need to simplify the process of getting car insurance, buying a house, getting education for our children, returning to family farms, getting electricity [AND]getting health insurance,” he said in a statement.

Speaking at the launch, Minister of State Cannon said:

“I am pleased to be able to publish this independent report which contains new research profiling the welcome return of Irish emigrants, examining the challenges they have faced on returning home; and importantly, making recommendations to address those challenges.

In a world of increased international mobility and an increasingly global labour market, it is imperative that the Government facilitates the mobility of our citizens; that we enable them to travel abroad, continue engagement with them while they are living abroad, and most importantly, make it as easy as possible for them to return home.

Difficulty in accessing clear information about Government services was a key issue identified by our returning emigrants. I have already prioritized this important area, and a new expanded ‘Returning to Ireland’ section is being added to the website of my Department. We will continue to work to communicate better with our returning citizens so that they get the best information possible to help make their return to Ireland as smooth as possible.

A clear whole-of-Government approach will be taken to implementing this report. Departments will report back to Government before the Summer with an update on progress made or actions taken in implementing recommendations contained in the report.”

Tánaiste and Minister for Foreign Affairs and Trade Simon Coveney TD welcomed the publication of the report:

Read More: Emigrants warned about downside of moving back to Ireland

“It is timely that we are publishing this report in advance of St Patrick’s Day, when the Government will engage with Irish communities and emigrants across the world.

"As we have worked to deepen our economic recovery, together we have created conditions where our people who had to leave the country because of economic need can now return. It is very welcome to see that our emigrants are now returning in large numbers - this means families are being reunited and local communities replenished.

"From an economic and competitiveness point of view the country also needs the skills and international experience that returning Irish emigrants are bringing back home. This report will prove invaluable in informing the response across Government Departments to assist our returning emigrants and those who are thinking of returning home.”