The excavation to find the remains of Irish chieftain Red Hugh O'Donnell launched six weeks ago in Spain. 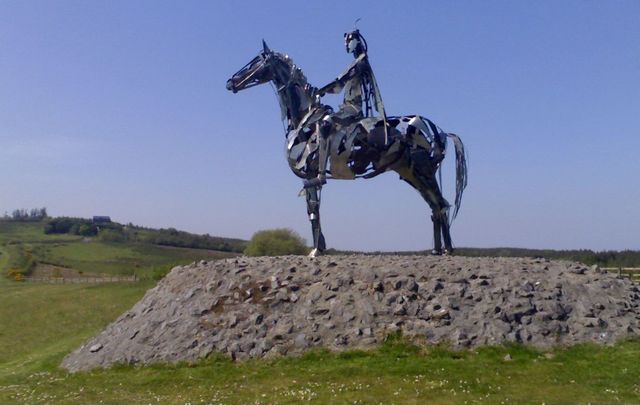 Archaeologists in Spain have discovered 16 skeletons in the search for the remains of Red Hugh O'Donnell, a leader of the Irish alliance in the Nine Years War during the 16th and 17th centuries.

O'Donnell died in Valladolid in Spain while en route to persuade King Philip III of Spain to send an army to Ireland to help defeat the British forces. The Irish chieftain was buried in the Chapel of Marvels, which was part of a Franciscan monastery in the Spanish city.

The archaeologists have been excavating the walls of what is believed to be the Chapel of Marvels for the past six weeks and discovered some remains during the second part of the dig.

They are looking for any skeleton missing its big toes as a means to immediately identify O'Donnell, who lost two of his toes to frostbite after escaping British imprisonment in Dublin Castle in 1591.

Read more: The non-stop Flights of the Earls and how our community’s history is forgotten

The dig began on May 18 with archaeologists quickly discovering two coffins and a human skull near the outer wall of the Church of Marvels. They have since found 16 near-complete skeletons and the process of attempting to identify O'Donnell's remains has begun.

While the skeletons are almost complete, numerous bones have been disturbed and it may take some time to examine the remains. If no skeleton is found missing its big toes, then the process will take much longer and involve studying the depth of burial and examining the age, sex, and height of each individual skeleton.

DNA analysis could then be used on any of the remains that are compatible with Red Hugh O'Donnell's identity, according to the Irish Times.

The excavation, fronted by archaeologists Jesús Misiego and Olatz Villanueva, is being led by the Hispano-Irish association, according to the Irish Post.

O'Donnell and his father-in-law Hugh O'Neill started the unsuccessful Nine Years War to drive the English out of Ireland at the end of the 16th century.

The Irish forces won significant victories in Ulster and Connacht in the early parts of the war but were gradually overcome by English reinforcements. The war ended with Irish defeat at Kinsale and O'Donnell, the ruler of Tyrconnell (modern-day Donegal), fled to Spain in a bid to convince King Philip III to send forces to Ireland.

Although unsuccessful, O'Donnell was granted a royal funeral by the Spanish King after he died in 1602 on a journey to Valladolid, the then Spanish capital.