A skull, bones, and coffins have been uncovered as archaeologists hope to find the remains of Red Hugh O'Donnell in Valladolid, Spain. 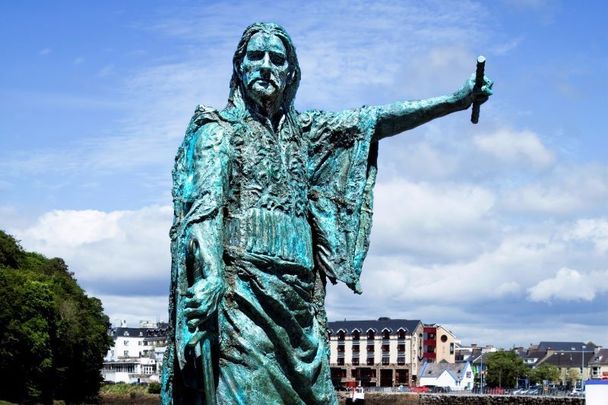 Red Hugh O'Donnell and Christopher Columbus were both buried at the same chapel in Valladolid, Spain

Bones and coffins have been found during an excavation in Valladolid, Spain as archaeologists hope to uncover the remains of ancient Irish chieftain Red Hugh O’Donnell as well as Christopher Columbus.

On May 26, Oscar Puente, the mayor of Valladolid, shared a picture on Twitter of a skull, bones, and what appears to be two coffins that were uncovered at the site:

A translation of the mayor's tweet reads: “In the chapel of Wonders, in the exact place where Red Hugh O'Donnell is believed to have been buried as well as Christopher Columbus, some remains and two coffins have appeared.”

The excavation began in Valladolid, Spain last week. Red Hugh O’Donnell was buried at the site in 1602 after he left Ireland to go to Spain to appeal for help after the Irish, battling the British, were defeated during the Battle of Kinsale. O’Donnell died in Spain while en route to meet with King Felipe III, who granted the noble Irish man a military funeral with full honors.

Columbus, who died about a century earlier in 1506, was initially buried at the same chapel, but his body was later exhumed and moved to Seville. The original coffin Columbus was buried in may have been one of the ones uncovered in Valladolid this week.

Ahead of the excavation, the Valladolid city council said the discovery of the remains of the two historic figures “would be an important finding from a historical perspective, but also for the dissemination of the city in Spain and abroad.”

Dr. Hiram Morgan, a historian at the University College Cork, told the Irish Independent after the discoveries were made this week that “nothing is certain until they do DNA."

Researchers have noted, however, that O'Donnell's remains should easily identifiable - he lost some of his toes to frostbite after he escaped from Dublin Castle where he was imprisoned for a period and was forced to hide out in the Wicklow Mountains.

Dr. Morgan also noted that should the remains be discovered and accurately identified, it could shed light on the actual cause of O’Donnell’s death. Reports differ as to whether the Irish chieftain died due to an infection, or if he was poisoned by a traitor.

"That would lay all that to rest. It's fascinating, and it would be brilliant if it turns out to be him,” Dr. Morgan said. 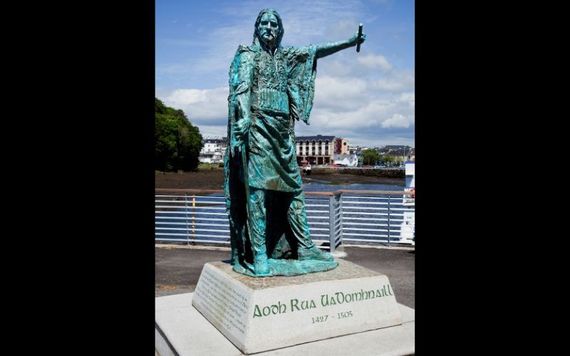 The Culture and Tourism Office of the city of Valladolid has continued to share daily updates from the excavation site.  (Translations of each tweet are provided by Google Translate.)

Google Translation: “6th day. #ExcavaciónArqueológica The second wall has appeared, which places us in front of the Chapel of Wonders. This week will be decisive! Mayor @oscar_puente_ has been personally interested in the excavation and the figure of Red Hugh O'Donnnell #OdonnellVLL”

Google Translation: “Day 7 #ExcavaciónArqueológicaVLL Today the perfect shape of the right wall of the Chapel of Wonders has been confirmed. The access is surrounded by remains prior to the dated date of the Chapel. The base before its door begins to gain value, with remains from the 14th-15th century”

Google Translation: “Day 8 #excavaciónarqueológicavll Archaeologists discover 4 other bodies below what could be the door of the Chapel of Wonders. One of them, on a first exam, looks like a tall, stocky man. The Chapel of Wonders acquires a greater value every day”

Google Translation: "You cannot jump to conclusions. The job requires a lot of analysis. The team is aware of the great interest aroused but it is necessary to respect the times and the procedure."