Five thousand people, including Taoiseach Leo Varadkar, marched through the town of Drogheda after the recent feud-related killing and dismemberment of a 17-year-old by a drugs gang.

Parts of Keane Mulready-Woods’s body have still not been found.

Mayor of Drogheda Paul Bell sent a clear message to the drug dealers.....“you must go and go now.” 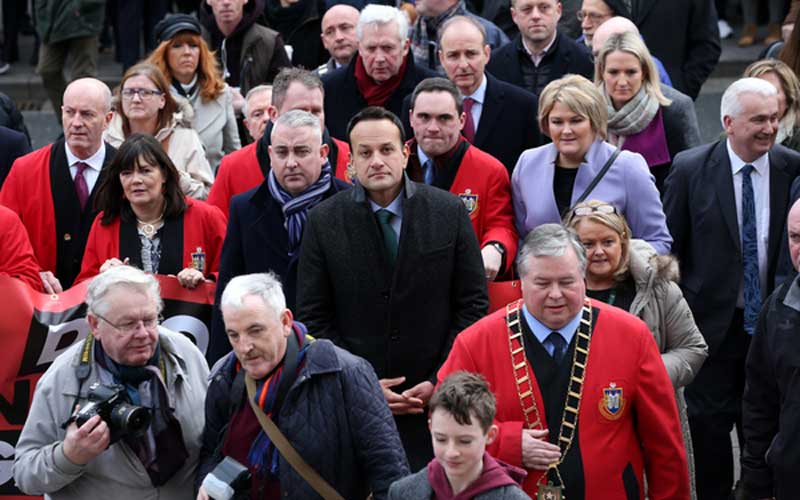 Mayor Bell said “we have gathered here as a community and as citizens to say to those involved in this ongoing murderous and violent feud that we are about the business of taking back our town from where you and your criminal activities have brought us to.”

He said the people of Drogheda are "terror fatigued" and enduring intimidation, threats, destruction of property, assaults, attempted murder and the ultimate evil act of murder itself.”

“We will not fail in ridding our communities of those who are convinced that as of today they are untouchable and able to do as they please”. 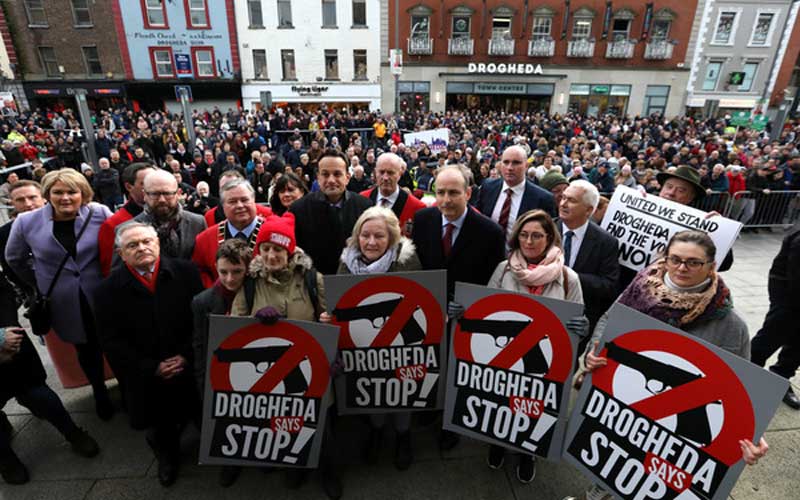 A protest against violence was held in Drogheda by locals after the recent feud related killing and dismemberment of a 17-year old by a drugs gang. Credit: RollingNews.ie

“This very attitude and belief of those at the centre of this madness, led to the murder of a 17-year-old boy, Keane Mulready-Woods and the inhumane and demonic destruction of his body.”

Read More: Dozens of people in hiding in Drogheda as authorities strategize, rally

“I appeal to and beg those involved in this hideous act to identify the location of Keane’s remains so that they can be recovered, allowing his mother, father, sister and brother to lay their loved one to rest in the customs afforded to the dead in all civilized societies.”

He said the message to the drug gangs was, “that there is no place for you to live amongst us and you must go and go now.”