Rachael Blackmore, who became the first female jockey to win the English Grand National at Aintree last year, repeated the feat at the prestigious Cheltenham Gold Cup on Friday. 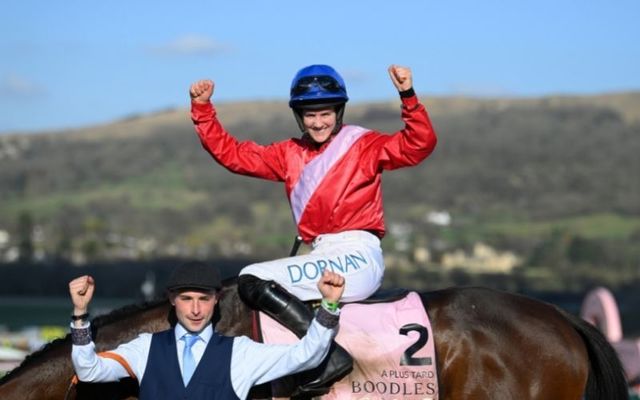 Irish jockey Rachael Blackmore has made history once again, becoming the first female jockey to win the prestigious Cheltenham Gold Cup when she romped home on A Plus Tard on Friday afternoon.

"You can’t do this without the horses and being attached to Henry’s yard is just absolutely phenomenal. To give me this horse is unbelievable I don’t know what to say," Blackmore said following her sensational victory on Friday.

"I’ve had so many special days. I wouldn’t swap the Grand National for anything but this is the Gold Cup. I wish I had something better to say right now. I just can’t."

Last year, Minella Indo stormed to victory in the standout race of the Cheltenham Festival, with A Plus Tard finishing in second.

The Irish horse trainer praised Blackmore for her bravery during Friday's Gold Cup.

Blackmore was awarded the RTÉ Sports Personality of the Year Award after a sensational year in 2021 which included six wins at the Cheltenham Festival, including a historic win in the prestigious Champion Hurdle.