The survey found that 17% of Irish people would be unlikely to get a COVID-19 vaccine, while a further 10% would be unsure about getting one. 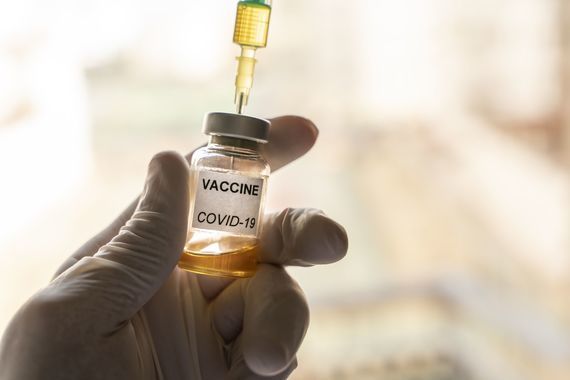 25% of Irish people would be reluctant to get a COVID-19 vaccine. Getty

Around one-quarter of Irish people would be unlikely or reluctant to get a coronavirus vaccine if one becomes available, according to a new survey.

The survey, conducted by the Irish Pharmaceutical Healthcare Association (IPHA), found that 17% of Irish people would be unlikely to get a COVID-19 vaccine, while a further 10% would be unsure about getting one.

On the other hand, 52% of Irish people revealed that they're very likely to get a potential vaccine with a further 21% admitting that they would be fairly likely to get one.

Researchers at Maynooth University and Trinity College conducted a similar survey back in March which found that roughly one-third of Irish people would be unlikely to get the vaccine.

The IPHA is a group representing pharmaceutical companies in Ireland and their most recent survey found that roughly three-quarters of Irish people believe that healthcare workers should either be first or second in line for the vaccine once it's made available.

The next group that the public believes should be prioritized is people with underlying health conditions, followed by over 70s.

The lowest priority was given to children under the age of 18.

More than 80% of those surveyed believe that a vaccine will be found for the virus and 62% of people think it will be available by next year.

A further 25% of people surveyed believe that the vaccine will not be made available until 2022.

Almost everyone surveyed (94%) said that they trusted doctors and nurses with facts about a COVID-19 vaccine, while only half of Irish people trust the mainstream media, according to the study.

Just one in ten Irish people trust social media with information regarding a COVID-19 vaccine.

A total of 979 people were surveyed between June 15 and June 30, meaning that the survey ended just as Ireland entered Phase 3 of exiting COVID-19 lockdown.