Malachy Browne and Dominic Gates, both born and raised in Ireland, were among this year's journalism Pulitzer Prize winners. 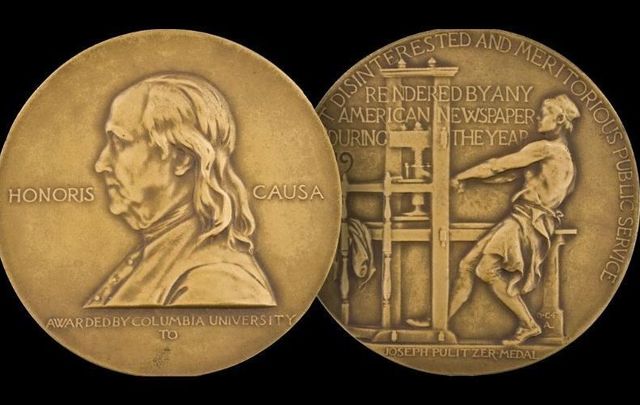 Malachy Browne and Dominic Gates have both been awarded Pulitzer Prizes in journalism this year. Public Domain

The 2020 Pulitzer Prize winners -15 in journalism and seven in Book, Drama, and Music categories - were announced on Monday, May 4.

Malachy Browne is amongst seven New York Times journalists who won the Pulitzer Prize in International Reporting this week for “a set of enthralling stories, reported at great risk, exposing the predations of Vladimir Putin’s regime.”

The day after the winners were announced, Browne shared in a thread of tweets a glimpse at the work that went into the award-winning New York Times project:

Thanks for the incredible goodwill - we celebrate the recognition with you. Our contribution to this Pulitzer revealed Russia's heinous bombings of hospitals, markets, camps with evidence that may hold them to account. And it gave voice to the victims. https://t.co/1kgA6UqMds

“Almost brazenly, after we published this story, which was acknowledged by Russian officials, their pilots returned to  bomb one of those same hospitals again, three times. We quickly gathered evidence and ran a story.

"While investigating hospital strikes in Syria, we found flaws in the UN’s no-strike system. These don’t excuse Russia & Syria, but it was important to reveal problems with a mechanism that’s failing to protect lives. @whitney_hurst [Whitney Hurst] @evanchill [Evan Hill] dug deeper.

"And when sources told @whitney_hurst that Russia was pressuring the UN to conceal the findings of an internal inquiry into attacks in Syria, we obtained the UN list and investigated ourselves.

"For years @P4HR [Physicians for Human Rights] has been documenting hospital bombings and helped immensely in our research. But healthcare in opposition areas is attacked in other ways. Medical professionals were routinely detained, tortured and interrogated in Syria by military intel.

"Our colleagues @carlottagall [Carlotta Gall]  @JackEwingNYT [Jack Ewing] @karamshoumali [Karam Shoumali] conducted powerful interviews with some of those medical professionals who tortured in Syria because of their work. And with Dr. @AmaniBallour [Amani Ballour] who ran The Cave hospital in Ghouta

"Throughout the reporting, @zaynman [Zainab Khan] with @francescab [Francesca Barber] and @snigdhak [Snigdha Koirala] ensured each story reached a diverse audience in different languages, and cultivated an engaged and curious YouTube community around all our VI work. Our playlist of investigations is here.

And on each of these investigations print designers @talasafie @standardregular and @cgee figured out how to "print videos" and bring these stories to our newspaper readers. Here's how the evidence-laden U.N. Board of Inquiry story looked (h/t @trbrtc) pic.twitter.com/b0LufAwq9a

Read More: Who are the top Irish American journalists?

Fellow Irish man Dominic Gates was also among the Pulitzer Prize winners announced on May 4. Gates, along with Steve Miletich, Mike Baker, and Lewis Kamb of The Seattle Times, won the National Reporting prize for their “groundbreaking stories that exposed design flaws in the Boeing 737 MAX that led to two deadly crashes and revealed failures in government oversight.”

Gates, a native of Co Tyrone, has been the Seattle Times’ Aerospace reporter since 2003. He studied and taught mathematics in Ireland before moving to the US and writing for The Industry Standard.

Gates also shared his now award-winning stories on Twitter, adding that he “deeply appreciates the honor.”

Collected in one place:
The 737 MAX stories that won the Pulitzer.
* 346 people died and their loved ones plunged into grief.
* Though the MAX story has faded with the pandemic, a final reckoning on what happened is still to come.
* We will follow.https://t.co/4RgGbXwvcw

Read More: Evicted - Poverty and Profit in the American City, Festival of Politics 2018