Prince Harry joked about the Irish weather but one woman said that when the Prince came over to her the rain cleared and it was just “sunshine.” 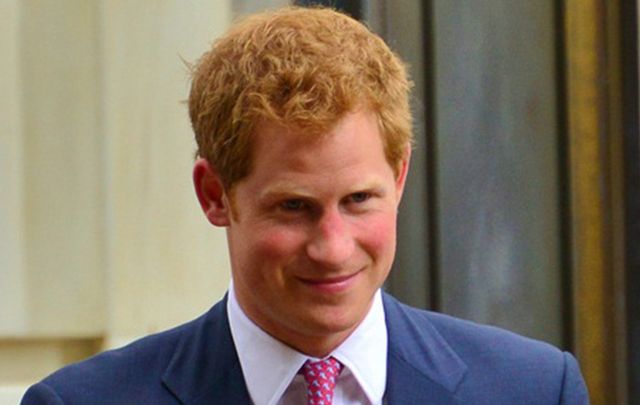 From Ballymena to Belfast, and then again in Hillsborough, at every turn, 32-year-old Harry was greeted by crowds, some comprised of mostly women keen to catch a glimpse and even a picture of the popular Prince as he carried out a series of engagements.

“They got more than the royal seal of approval, my goodness, they got Prince Harry in Ulster. First Time. Wow,” he gushed to UTV.

Emergency worker Andrea was also a fan. “He was very down to earth, lovely guy,” she concluded.

And, much like the Ulster rain, the phrase “down to earth” followed the Prince everywhere; it was trotted out to journalists again and again when they asked locals what they thought about the visitor in their midst.

To the south, in Belfast, he met school pupils involved in attempts to foster peace across the sectarian divide with the organization Co-operation Ireland.

“He’s not too bad like, he’s dead on,” one lad from the predominantly Catholic area of Ardoyne in Belfast grinned.

“It is obvious he has a great affinity with young people and has an interest in promoting peace and reconciliation,” CEO Peter Sheridan said afterward.

“He also spoke passionately and powerfully to the young people about having the courage to take the lead in peacebuilding in their communities.”

Not so long ago, a member of the British Royal Family casually strolling around Belfast city center would have been unthinkable. For years, trips to Northern Ireland by royals were infrequent, shrouded in secrecy and required weeks of planning by the security services.

Now, a generation after the signing of the Good Friday Agreement, a grinning and at ease Prince bounded towards a throng of unvetted locals with no greater concern than that he should talk to as many of them as possible.

Prince Harry has spent the day undertaking engagements in Northern Ireland, on his first official visit to the country. pic.twitter.com/Rsx4H22UrP

One smiling student told the BBC afterward she got two photos with the Prince.

“Dad took one, of course, parents can never do it right,” she laughed. “So I had to get another one there!”

At Hillsborough Castle in Co. Down, the official residence of his grandmother in the province, he marched out to a trumpet fanfare and a sea of umbrellas. Each year, the Royal Family hosts a garden party at the Castle for local do gooders - a chance for men to put on their Sunday best, for women to wear a hat with a large brim and drink tea with a relative of the Queen.

The day finished with Prince Harry attending the Hillsborough Castle Garden Party, which has been an annual event since 1984. pic.twitter.com/BdQsQ2pTZ2

For some loyal ladies the encounter even left them weak at the knees and as the Prince moved from group to group countless dipped into a practiced curtsey before shaking his hands.

“He asked me if it was always raining here and I said yes and he laughed,” one schoolgirl explained to the BBC.

“He is a true prince,” one middle-aged woman concluded. “Lovely, lovely man.”

“Just the best day ever,” another enthused, “the rain didn’t spoil it and then whenever Harry came over it was just... sunshine!”