Pope Francis said that he does not meet political figures during an election campaign. 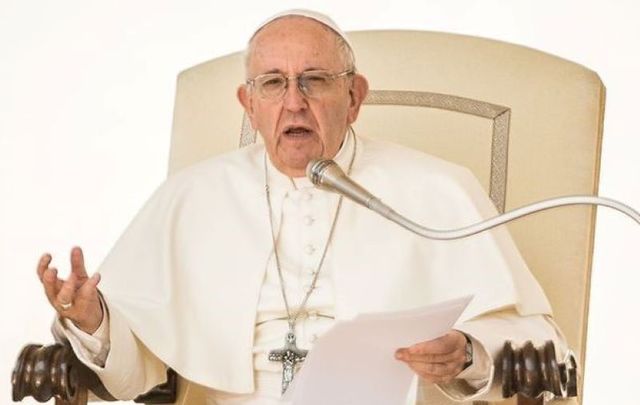 Some see Pompeo's stance as an attempt to motivate conservative voters ahead of November's election. Getty Images

Pope Francis has refused to meet with US Secretary of State Mike Pompeo, stating that he does not meet with politicians during an election period.

Pompeo publicly criticized The Pope over Vatican plans to renew an agreement with China regarding the appointment of bishops and said in a tweet that the Catholic Church was risking its "moral authority" if it renewed the deal.

He traveled to the Vatican on Wednesday to meet figures within the Catholic Church who are hostile to Pope Francis and sought a meeting with the Pontiff.

However, his request was denied, according to Cardinal Pietro Parolin, the Vatican's Secretary of State, who told reporters that the pope had "clearly said that he does not receive political figures ahead of the elections."

Pompeo called on the Vatican to defend the religious freedom of Catholics in China by not renewing the deal it made in 2018. The deal allowed the Chinese Government to have some say over the appointments of bishops in the country in spite of frequent reports of religious persecution of Chinese Catholics.

Two years ago, the Holy See reached an agreement with the Chinese Communist Party, hoping to help China's Catholics. Yet the CCP’s abuse of the faithful has only gotten worse. The Vatican endangers its moral authority, should it renew the deal. https://t.co/fl0TEnYxKS

He recently penned an article criticizing the Vatican's dealings with China and several high-ranking officials took offense to the op-ed, claiming that it would have been better if Pompeo had voiced his concerns "privately."

The Vatican believes that Pompeo's comments, along with his recent visit to the Vatican, are an attempt to win over conservative Catholic voters ahead of next month's presidential election between Donald Trump and Joe Biden.

President Trump is supported by conservative Catholic groups who believe that Pope Francis is too liberal and think he is too soft on China. Some see Pompeo's stance as an attempt to motivate conservative voters ahead of November's election.

Pompeo, however, dismissed the claims.

"That’s just crazy," he said. "We’ve been working on human rights in China the entire time I’ve been part of this administration."

Vatican Foreign Minister Archbishop Paul Gallagher said that one of the reasons Pope Francis had rejected an audience with Pompeo was because he believed it was an attempt to influence voters in the United States.