It is thought that as many as 650,000 people will wish to see Pope Francis in Phoenix Park, Dublin when he visits Ireland this August 2018. 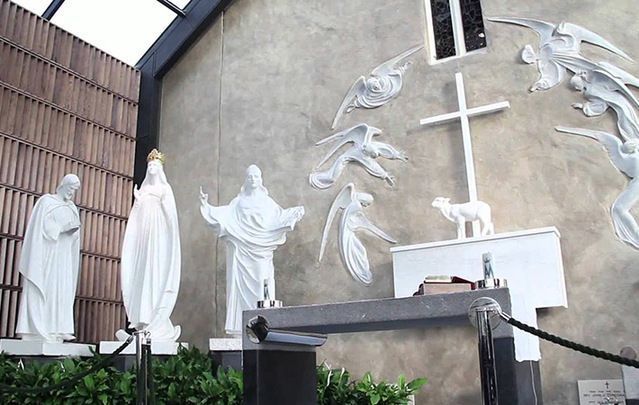 Thousands gather in Co. Mayo for the National Novena to Our Lady of Knock. YouTube

The Knock Shrine may be included on Pope Francis’ Irish itinerary as Gardaí express concerns over huge crowd numbers expected in Dublin.

Pope Francis may visit the Knock Shrine in Co. Mayo during his Irish visit in August 2018, the Irish Independent reports.

According to the Irish newspaper, the Pope may fly into the west of Ireland airport to offer an alternative chance for people to see the Holy See during his short trip to Ireland.

Gardaí had previously expressed concern about the huge crowd numbers anticipated in the Phoenix Park during the Pope’s trip. They believe as many as 650,000 will travel to the Dublin city park to celebrate mass with the Pope on August 26. He is due to attend the World Meeting of Families in Croke Park, Dublin, on August 25.

"The Phoenix Park can cope with the crowds once they are inside but getting them safely to and from the Mass would be the problem," a source told the Irish Independent, adding that the Pope could fly into Knock before traveling to Dublin later that day. By adding another venue, there are hopes that crowds will be more manageable at the Phoenix Park event.

Read more: Virgin Mary said to make an appearance at Knock on this day in 1879

The Rector of Knock Basilica could not confirm that the Co. Mayo town would be included on the Pope’s itinerary, however. Speaking to RTÉ News, Fr Richard Gibbons said he and his parishioners would be delighted if Pope Francis were to visit the Marian shrine.

A spokesperson for the World Meeting of Families (WMOF) taking place in Croke Park said the Pope's itinerary had not been finalized yet. Archbishop Diarmuid Martin has confirmed, however, that Pope Francis wishes to visit a prison during his time in Ireland as Northern Ireland Catholics continue to express their disappointment that he will not travel north of the border.

Pope John Paul II also visited Knock during his 1979 trip to Ireland, describing it as "the goal of my journey to Ireland."

If the Pope were to visit the shrine, it would come three days after the culmination of the Annual National Novena to Our Lady of Knock which last year attracted 150,000 pilgrims over nine days.

Will you travel to see Pope Francis when he visits Ireland? Let us know why or why not in the comments section, below.