Up to 77,000 people will attend the famous GAA stadium Croke Park to watch over 2,000 performers take part in a concert for Pope Francis. 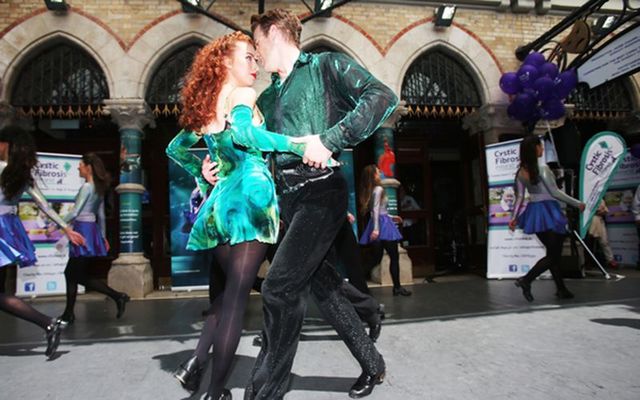 “One of the largest stages” ever to be set up in Croke Park will welcome Pope Francis on his visit to Ireland.

Pope Francis is to be treated to the likes of Riverdance, Daniel O’Donnell, Nathan Carter and The Priests among many others as he attends a celebratory concert in Dublin’s Croke Park during his summer 2018 trip to Ireland.

In all, about 77,000 people from all over the world are expected to attend the event in the Croke Park stadium, which will see the Holy See address the crowd before he departs.

In fact, the stage established for the spectacle will be “one of the largest stages” ever erected in the sports ground, allowing for the Pope to meet with as many people as possible at the Festival of Families during the first day of his Irish trip.

Line-up of performers for Pope Francis in Croke Park this August will include:
Nathan Carter, Daniel O’Donnell, The Riverdance Troupe, The Begley Family, The Priests, Celine Byrne, Paddy Moloney, Bridgie and Missy Collins and Moya Brennan.

“We’ve designed this circle that reaches about 60 meters out into the pitch and there’s a ramp that goes down to a small circle that sits inside, and that is where Pope Francis will sit. He very much asked to sit among the people, he didn’t want to sit on the stage, he wanted to be with everybody enjoying the show,” said the creative director of the event Ruán Magan.

“It’s one of the largest stages that’s ever been put on in Croke Park. It has amazing screens, which are the third largest that has ever been put there, so it’s a huge stage. We’ve 2,000 performers. In one act there’s a choir of maybe 1,000 that sings together. We’ve hundreds of dancers and there’s one special moment where 500 children dance together, so it’s all about the many coming together.”

Delighted to announce that @iamNATHANCARTER and @Riverdance will feature at our #festivalofFamilies with @pontifex pic.twitter.com/xzzkfNRbbM

The two main events that the pontiff will attend are the 'Festival of Families' in Croke Park on August 25, and the 'Final Mass' in Phoenix Park on August 26. While both of these events are free, tickets and registration are essential, according to the World Meeting of Families website.

So honoured to be asked to sing @WMOF2018 Festival of Families on 25th Aug at Croke Park, Dublin in the presence of Pope Francis and visitors from around the world.

Others are welcoming the visit, however, such as Irish discount store Dealz which has created “Lollipopes” along with other decorations for the event.

Are you attending one of the events in Ireland during Pope Francis' visit to Ireland? Why did you want to attend?