Archbishop Jude Thaddeus Okolo will take up his new position this summer. He is the first African papal nuncio appointed to Ireland. 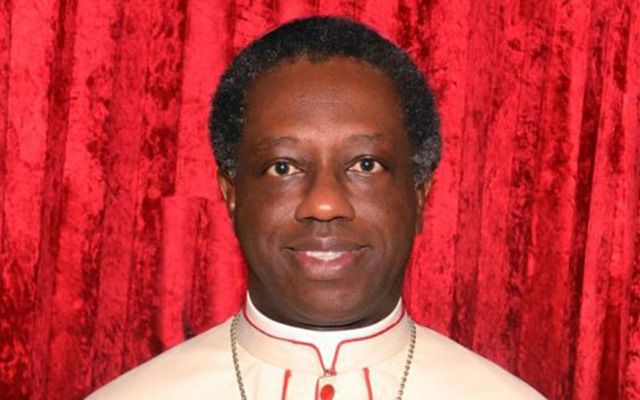 Archbishop Jude Thaddeus Okolo has been appointed to the position of apostolic nuncio in Ireland by Pope Francis.

The position is equivalent to that of ambassador in Vatican terms and makes 60-year-old Okolo the first man of African origin to hold the job in Ireland.

Okolo hails originally from Kono, Nigeria and entered the priesthood in 1983 and then moved into the Vatican’s diplomatic service in 1990. His first post was to Sri Lanka and he subsequently was sent to Haiti, the Antillean Islands, Switzerland, the Czech Republic and Australia. He speaks English, Italian, French, Igbo, Spanish, and German, the Irish Times reports.

His appointment as apostolic nuncio in Ireland follows on from his time serving in the same position in the Central African Republic, Chad and the Dominican Republic.

The news of his appointment was welcomed by the Archbishop or Armagh Eamon Martin, who told the Irish Times, “Archbishop Okolo’s rich experience in the diplomatic service of the Holy See means that he brings many gifts to bear on his new mission in Ireland.”

The role of the apostolic nuncio is a varied one and involves traveling around Ireland to various masses, representing Vatican views to the Irish Government and keeping Rome informed of issues relating to the Church in Ireland.

Okolo will replace Irish American Charles Brown who admitted feeling “thunderstruck and flabbergasted” after being told of news of his appointment in 2011.

Brown grew up in Manhattan’s East Village and told the Catholic Herald that of his eight great grandparents five were Irish.

“My Irish ancestors came to America during and after the Famine. They left because they were poor. As I said in my sermon during a Mass at the Pro-Cathedral in Dublin: ‘They left with hardly anything, except the treasure of their Catholic faith.’”