It would do the United States good to remember that not so long ago Rhode Islanders "would rather have the Negroes vote the than the damned Irish". 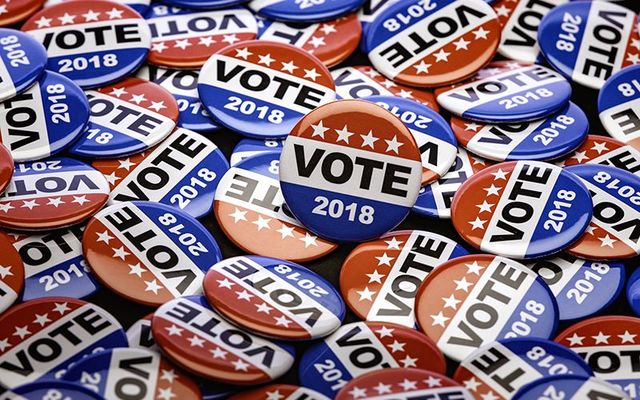 The 2020 presidential election, is a broader debate about what kind of rules add up to “voter suppression.” Getty

It would do the United States good to remember that not so long ago Rhode Islanders "would rather have the Negroes vote the than the damned Irish".

There is that famous, terrible, very funny scene in Blazing Saddles when a bunch of laborers arrive at a frontier town and locals have to decide who they will let in.

I thought of that line when, amidst the rancor of the midterm elections and a broader debate about voting rights, I recently read about a fellow named Elisha Potter.

Potter was affiliated with a band of Rhode Island activists known as the Law and Order movement, which believed that certain groups that were denied voting rights should, in fact, be allowed to vote.

What could be wrong with that?

There was one small problem.  Rhode Islanders “would rather have the Negroes vote the than the damned Irish,” Potter once thundered.

Mel Brooks could not have said it better.

I can’t help but chuckle when I hear folks these days complain about “identity politics.”

As if folks like Potter were not obsessed with categorizing people and putting them into boxes.  This country was founded on an obsession with “identity,” both geographical and racial, giving us absurdities like the Electoral College and a “three-fifths of a human” identity for African Americans.

We are still living with the terrible consequences of identity politics, 18th-century style.

And so, the midterm elections -- yet another “most important election of our lifetime” -- have come and gone.  Let’s leave the actual results, the winners and losers, for another time.

Because looming over this election, and the 2020 presidential election, is a broader debate about what kind of rules add up to “voter suppression.”

“The struggle for the ballot endures, as opponents of broad suffrage continue to find new ways to suppress the right to vote,” Allan J. Lichtman writes in his new book, The Embattled Vote in America, which includes passages about our old anti-Irish pal Elisha Potter.

And make no mistake: the Irish in America have a very special relationship with the right to vote.  Voting helped the Irish make it in America.

Republicans are taking all sorts of heat for supporting a wide range of, um, “reforms,” which just so happen to restrict voting by traditional supporters of Democrats -- the young, the old, the poor.

“Every vote counts,” a recent New York Times Magazine cover proclaimed, while an asterisk pointed to the fine print at the bottom of the page which, in part, reads, "Except if … you have ever been convicted of a felony and live in Florida -- or Kentucky, or Iowa, or several other states -- you may be barred from voting because of state laws that currently disenfranchise more than 1.5 million citizens in Florida alone and nearly six million nationwide. Or if you are removed from the voter rolls by a discriminatory purge, or are turned away because of voter-ID laws, or live in a heavily gerrymandered district, or..."

You get the point.

There really is nothing for Republicans to be proud of in working so hard to make sure it is so difficult for so many people to vote.  On the other hand, the best response Democrats have come up with is to call this racist and, uh, anti-felon.

All of which may be true. None of which means conservative Republicans care.  Those who believe in the widest possible voting rights must come up with a more effective way to combat voter suppression.

And Irish Americans should be on board with that, because from the Elisha Potters of the 1840s, to well into the 20th century, bigots were very articulate in their beliefs that the Irish and other immigrant groups simply could not be trusted with the vote.

“Universal suffrage can only mean...the government of ignorance and vice.  It means a...Celtic proletariat on the Atlantic coast, an African proletariat [in the South], and a Chinese proletariat on the Pacific,” asserted Charles Francis Adams, grandson of President John Quincy Adams.

Not even Mel Brooks could make that funny.