US and Irish leaders gather to celebrate the Kennedys' legacy this St. Patrick’s Day

Taoiseach Micheál Martin and Democratic Representative Richard Neal are among the guests for Monday's virtual discussion. 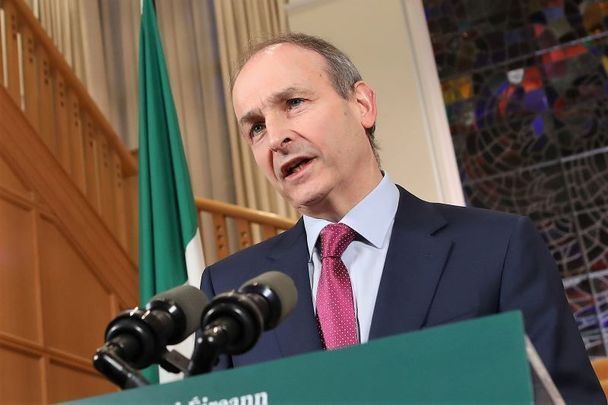 Taoiseach Micheál Martin will join the Consulate General of Ireland and the Edward M. Kennedy Institute for the United States Senate for a virtual St. Patrick's Day celebration next week.

The virtual event will take place at 2 p.m. on Monday, March 15, and will feature appearances from Democratic Congressman Richard Neal and former Representative Joe Kennedy III among many others.

The virtual program will honor the 40th anniversary of the founding of the Friends of Ireland Caucus in Congress by Senator Ted Kennedy and other Irish-American politicians. Meanwhile, the program will also celebrate the launch of "From Whence I Came: The Kennedy Legacy, Ireland and America" - a new collection of essays edited by Brian Murphy and Donnacha Ó Beacháin.

The Taoiseach will join the virtual meeting for a discussion on Ireland-US relations and the current state of affairs in Ireland. He will be joined by Dr. Robert Mauro, Executive Director of the Irish Institute at Boston College.

Dr. Mauro will also be joining Rep. Richard Neal - the chairman of the Ways and Means Committee - and former Massachusetts Rep. Joe Kennedy III to discuss the rich legacy of the Kennedy family's connection to Ireland.

Pulitzer Prize-winning author Samantha Power, who served as US Ambassador to the United Nations, will also join Monday's virtual program.

The Program is supported by the Irish Government's Emigrant Support Programme.

To register for the free virtual event, click here.