UK flights will not land in Ireland after hard Brexit, confirms Aviation Authority

If no deal is struck with the UK government when they leave the European Union, flights between the UK and EU countries may be grounded. 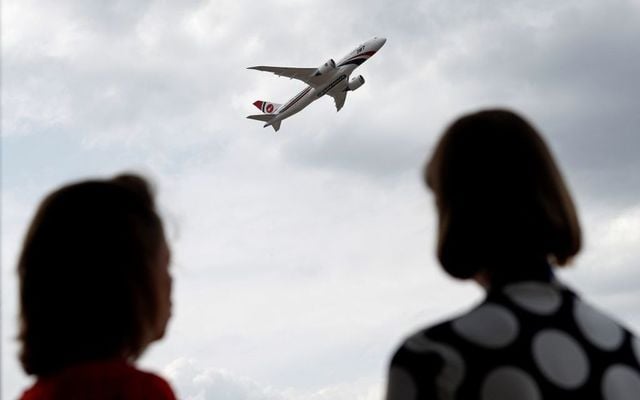 Dublin Airport runs the risk of losing a third of its annual passenger numbers, the 10 million that journey between the Irish capital and the UK each year.

The Irish Aviation Authority (IAA) has confirmed that UK carriers will not be allowed to land in the Republic of Ireland is a deal is not struck between the UK government and the EU before Brexit takes place next year.

On Wednesday, Irish Taoiseach (Prime Minister) Leo Varadkar had warned that the UK must take into consideration the changes to airspace rule that could come into place if not Brexit deal was confirmed when they leave in 2019, stating that “planes would not fly” in the event of a hard Brexit; a Brexit that would include a firm order being placed between the Republic of Ireland and Northern Ireland.

“If they want their planes to fly over our skies, they would need to take that into account. You can’t have your cake and eat it. You can’t take back your waters and then expect to take back other people’s sky.” pic.twitter.com/9wS6sREAlL

Speaking to the Irish Times, a spokesperson for the IAA confirmed that Ireland and the UK are both signatories of the Chicago Convention which provides that flights originating in one state may overfly another signatory state.

“There would need to be a new agreement in place to maintain the existing level of connectivity between Europe and the UK,” the spokesperson said.

“Regarding EU/UK flights, yes, another agreement or the reinstatement of old bilateral agreements would need to be in place if a hard Brexit occurs, to provide for connectivity between Europe and the UK,” they explained, when asked if in the event of no deal, another agreement would be needed for UK flights to land in Ireland and vice versa.

"Flights from UK carriers will not be permitted to land in the Republic in the event of a hard Brexit unless a separate deal to cover aviation is struck with the UK government" Put that on your front page,The (UK) Sun ... https://t.co/fnSiYXa6rT via @IrishTimesBiz

This has also been confirmed by the European Commission who have said that airline’s will “need to have one’s principal place of business within an EU member state” in order to keep an EU operating license. This requirement has already prompted low-cost carrier easyJet to establish a headquarters in Austria.

“If the conditions are no longer fulfilled as a consequence of the United Kingdom becoming a third country, the operating license at issue will no longer be valid,” the Commission said.