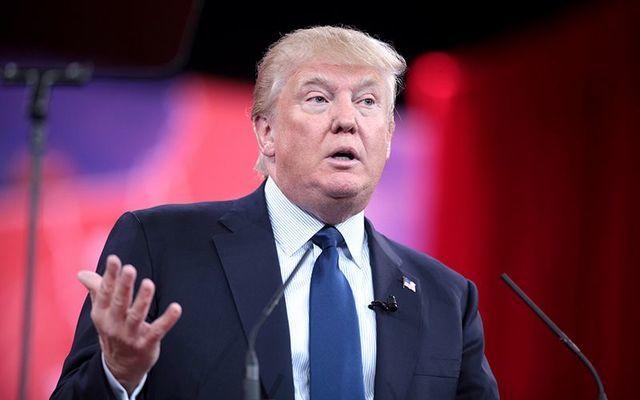 “We're looking at Mars, by the way,” said Trump during a Friends of Ireland lunch on Capitol Hill last week.

Trump applauded Kennedy's vision of reaching the moon during the "space race" of the 1960s. In 1969, six years after President Kennedy’s death, the U.S. became the first country to send a manned mission to the moon.

“Trying to top (Kennedy),” Trump said. "We're going to get there. It's moving along pretty good. A lot of things have happened ... Way ahead of schedule.”

Of course, Elon Musk has promised to go to Mars too, the only problem is it is a one-way trip fro the humans who will fly with SpaceX.

The Washington Post reported that "NASA has spent years preparing a “Journey to Mars” and currently plans to have astronauts orbiting the planet in the 2030s.

Under Trump, NASA has announced plans for the Lunar Orbital Platform-Gateway, which would be built in the 2020s. This is a key step since astronauts would use this platform orbiting the moon as a testing ground in deep space and then as a hub between Earth and Mars.

Elon Musk's Mars dream is worth rooting for https://t.co/nFScjM5tUH pic.twitter.com/y1b6dKmqs8