Thank you Trump! The Irish border is not like the US Mexican border

The United States' largest and oldest Irish American fraternal association, the Ancient Order of the Hibernians, explained to President Donald Trump why he's wrong to compare the Northern Ireland border post-Brexit to Mexico 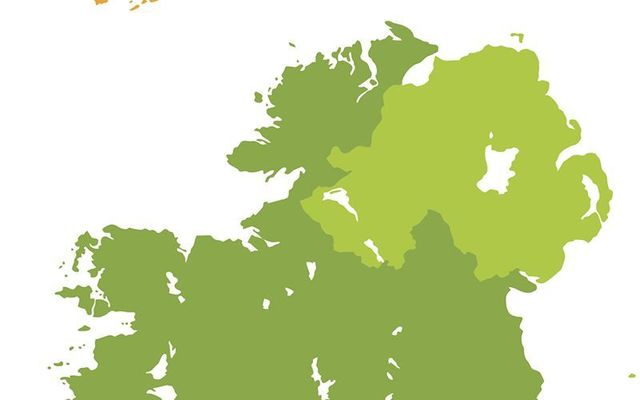 No Mr Trump! The Northern Ireland border is not like that of Mexico and the United States. Getty

The United States' largest and oldest Irish American fraternal association, the Ancient Order of the Hibernians, explained to President Donald Trump why he's wrong to compare the Northern Ireland border post-Brexit to Mexico

During his recent state visit to Ireland, President Donald Trump compared the prospect of a post-Brexit border between the Republic of Ireland and Northern Ireland to the US border with Mexico, along which he wants to build a permanent wall.

Speaking to Taoiseach Leo Varadkar at a joint press conference, the President stated “I think (Brexit) will all work out very well, and also for you with your wall, your border. I mean, we have a border situation in the United States, and you have one over here. However, I hear it is going to work out very well here.” Unfortunately, the only commonality between a Brexit Border in Ireland and the Mexican-US Border is that they both contain the word “border.”

Unlike the US-Mexican Border which has had for years a physical infrastructure and customs checks by Border Control officers, the border between Northern Ireland and the Republic of Ireland has for over two decades since the Good Friday Agreement been little more than a bit of cartographic trivia. There is no defined physical characteristic of the Irish Border, the only indication that one has crossed it is that the road signs change from kilometers to miles and the Irish language translation for place names disappears.

Unlike the US-Mexican Border, the people of Northern Ireland can identify as Irish under the Good Friday Agreement and entitled to be Irish citizens under the Irish constitution. The prospect of a post-Brexit border in Ireland is more analogous to the border which once existed between East and West Germany, artificially dividing a people of a shared history and culture, rather than the U.S. and Mexican border.

People of both Northern Ireland and the Republic cross the border freely, and sometimes multiple times, during daily business. It is not uncommon for people on one side of the border to go for employment, education, or seek medical services on the other side. Some products cross the currently notional Irish border multiple times during their manufacturing process. A seamless, invisible border in Ireland which has allowed for the free movement of people, goods, and service has transformed an area which was the site of one of the worlds bloodiest conflicts into an area of peace. The border situation in Ireland is not analogous, but the mirror image of the U.S.-Mexican border; the creation of a hard border or wall will create a situation, not resolve one.

One cannot help but wonder if currently lacking an official U.S. presence in Ireland with an Irish Ambassador yet be confirmed and a promised Special Envoy to Northern Ireland yet to be nominated, if the President is relying on bad information, and bad analogies, from the Westminster champions of Brexit. The architects of Brexit, who have proven their skill at marketing if nothing else, have from the beginning disingenuously downplayed the threat that Brexit poses to their Northern Ireland constituents; constituents who rejected Brexit by a clear majority.   The President’s Mexican border analogy sounds similar to chief Brexiter’s Boris Johnson’s marginalizing comparison of an Irish border to the challenges of traffic congestions controls between Islington, Camden, and Westminster. President Trump has to be cautious in taking the advice of a British Government whose Northern Ireland Secretary admitted she didn’t realize that Unionist communities don’t vote for Republicans and vice versa, an Immigration Secretary who admitted not reading the Good Friday Agreement and a Home Secretary who recently dismissed concerns for the peace and prosperity of the community of Northern Ireland as “the tail wagging the dog”.

Just as during his trip the President took great pride in the role the United States played on D-Day to restore liberty and hope to a world mired in war, so too should the President remember the U.S. leadership that brought a peace to Northern Ireland which many thought was impossible. The Good Friday Agreement is a landmark achievement in U.S. diplomacy; it is a beacon of hope to other communities that sectarian conflict is not inevitable. It is an accomplishment which the President should be proud of and jealously guard and not permit to become collateral damage to the exigencies of Brexit and trade deals.