Tributes paid to Albert Reynolds who asked “who is afraid of peace?”

Former Irish leader remembered for his determination and work on Ireland’s peace process. 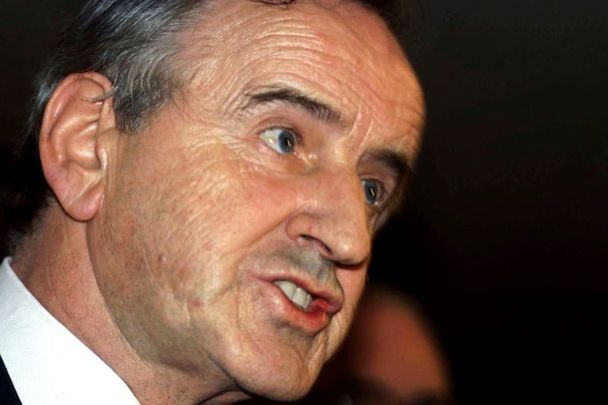 Former Taoiseach (Irish Prime Minister) Albert Reynolds has died, aged 81. He served as the leader of Ireland’s government for just under three years, during which time he made a lasting contribution to the peace process, including the 1994 IRA ceasefire.

His surviving family, his wife Kathleen, two sons and five daughters, announced that he passed away shortly after 3am on Thursday.

A Fianna Fail politician, Reynolds, from Rooskey, County Roscommon, led the party in two coalition governments. He served as Prime Minister from February 1992 to Decemeber 1994.

On the Fianna Fail website, in his biography, it states “Without a doubt his greatest achievement was in Northern Ireland and Anglo-Irish relations, signing the Downing Street Declaration in 1993.

“It was Reynolds' determination that gave impetus to the peace process and the establishment of an IRA ceasefire in 1994, followed shortly afterwards by a loyalist ceasefire.

"Albert Reynolds asked the defining question 'who is afraid of peace?'

"His determination brought about what had seemed impossible.”

Read more: A man who walks in history after drive for peace led to IRA ceasefire

He said “As a consequence [he] made an important contribution to the development of the peace process which eventually lead to the Good Friday Agreement.”

Politicians took to Twitter to pay tribute. They tweeted:

Truly sad this morning to learn of passing of my former colleague and leader Albert Reynolds. A lovely man who made immense contribution.

Really sorry 2 hear of the death of Albert Reynolds. Solidarity 2 Kathleen & all their family. Albert acted on North when it mattered. RIP.

Very sad to hear that former Taoiseach Albert Reynolds has died. Deep sympathy to Kathleen & family.Albert was a Peacemaker. #Appreciation

Reynolds became a member of Dáil Éireann (Irish Parliament) at the 1977 general election. He was elected for the constituency of Longford/Westmeath. From 1979 to 1981 he served as minister for posts and telegraphs and minister for transport. He revolutionized the telecommunications system in Ireland. During his time as minister for industry and energy, in 1982, Reynolds developed the National Grid, establishing the gas pipeline from Cork to Dublin.

Upon hearing of the former leader’s death his former constituency colleague Denis Naughten said "I served in the Longford-Roscommon constituency with Albert Reynolds for his last five-year term, and I think one of the most significant things and his lasting legacy has been the signing of the Downing Street Declaration.

"While looking back now it may seem insignificant, at the time it was a significant development that took place in the relationship between the UK and Ireland."

Read more: A man who walks in history after drive for peace led to IRA ceasefire