Chris Kennedy, a businessman and son of Robert F. Kennedy, throws his hat in the ring for governor of Illinois. 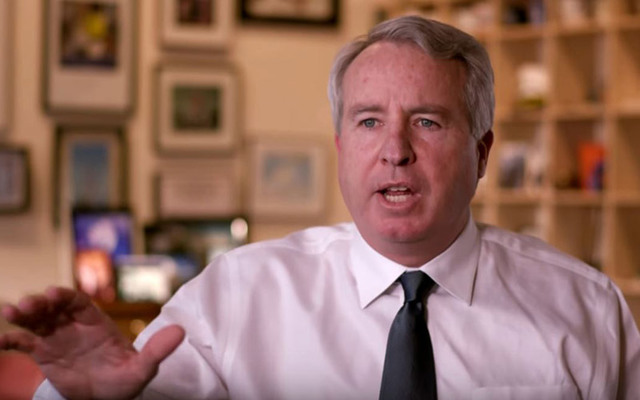 Chris Kennedy, a businessman and son of Robert F. Kennedy, throws his hat in the ring for governor of Illinois. YouTube

Chris Kennedy, a Chicago-based businessman and son of Robert F. Kennedy, has announced his run for Governor of Illinois.

Kennedy, 53, will vie for the Democratic nomination to run against sitting Republican governor Bruce Rauner in the 2018 election. Rauner has been a sharp critic of Kennedy for his allegiance to Illinois House Speaker Michael Madigan, who, along with his fellow Illinois Democrats, has stymied Rauner’s legislative agenda, resulting in a budget stalemate.

In a video announcement and an email sent to supporters, he declared his intent to “restore the economy” of Illinois and his belief that the state is headed “in the wrong direction.”

"I moved to Illinois thirty years ago with an enthusiasm for business and a commitment to serve. Today, I am announcing my run for Governor because I love Illinois, but we have never been in worse shape," he said. "We don't need incremental improvement — we need fundamental change in state government," he said.

Kennedy is the son of Ethel Kennedy and Robert F. Kennedy, the former Attorney General who was assassinated following a campaign speech during the presidential primaries in 1968. Kennedy was four years old at the time of his father’s death. He is also the nephew of President John F. Kennedy.

His career includes founding and running the non-profit Top Box Foods, which provides healthy, affordable foods to struggling Illinois neighborhoods; serving as chairman of the University of Illinois Board of Trustees; leading Chicago’s Merchandise Mart; and serving as the chairman of the Kennedy family’s investment firm, Joseph P. Kennedy Enterprises. Inc.

Kennedy and his wife, Sheila, reside in the Kenilworth suburb of Chicago and have four children.

Thus far one other candidate, Chicago Alderman Ameya Pawar, has announced intention to run for the Illinois Democratic Primary, while a number of others, including Congresswoman Cheri Bustos, Illinois State Senator Andy Manar, and businessman J.B. Pritzker are thought to be considering campaigns.