President of Ireland to meet Pope Francis in Rome

The duo both speak Spanish and share a similar left-wing outlook on the world. 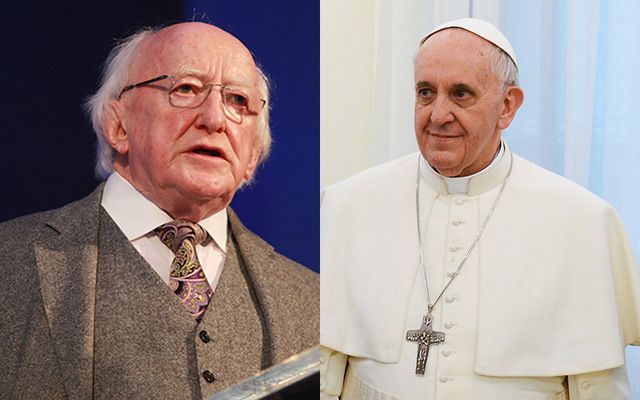 President Michael D. Higgins is to travel to Rome later this month to meet the Pope.

Higgins is due to visit Venice first and will travel afterward to Rome where he will be received in an audience by the Pope on May 22.

He will then meet with the Vatican’s Secretary of State Cardinal Pietro Parolin and attend a function with staff at Rome’s historic Irish College.

The meeting will not be the first between the two heads of state; Higgins and his wife Sabina first met Pope Francis at his inauguration in 2013, wishing him luck in Francis’s native Spanish.

He then added in Irish, “I wish you good health and success in your pontificate and its advocacy on behalf of the poor of our vulnerable planet.”

Higgins, who was for many years a legislator for the Irish Labor party, shares a similar left-wing outlook with the pontiff and the two are likely to find a lot to agree on when they meet again.

Both have criticized President Trump since he assumed office in 2016; Higgins pointedly remarked at a reception for diplomats in February, “Above all, we cannot abandon the excluded, the confused, to the predatory abuse of those who seek the exploitation of difference, of race, ethnicity, culture or gender.”

And Pope Francis more bluntly told journalists on a visit to Mexico last year, “A person who thinks only about building walls, wherever they may be, and not building bridges, is not Christian.”

The pair is also expected to meet again in 2018 when the Pope visits Ireland for the World Family Congress in Dublin. It would be the first time a pontiff has visited Ireland since John Paul’s famous trip in 1979.

However, the time could perhaps be more opportune with speculation that the country will vote next year in a referendum on allowing abortion - something currently forbidden by the constitution.

Whilst Pope Francis can expect a warm welcome from President Higgins, he is unlikely to receive the rock star treatment enjoyed by his predecessor.

Read more: I was one among the million who saw Pope John Paul II in Phoenix Park in 1979