The Pope said that the Trump administration’s zero-tolerance immigration policies were “very sad.” 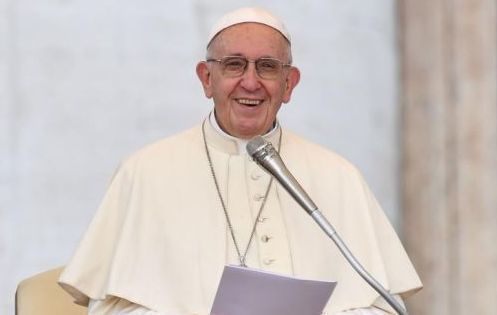 Pope Francis offered a scathing assessment of Donald Trump’s immigration policies, stating that he would tell the US President to his face that his southern border wall and family separation policies were ‘cruel.’

In an interview with Mexico’s Televisa, which aired on Tuesday, the Argentine pope said that the Trump administration’s zero-tolerance immigration policies were “very sad.”

“I don't know what's happening with this new culture of defending territories by building walls. We already knew one, that (one) in Berlin, which brought so many headaches and so much suffering,” the pope said in his latest condemnation of Trump’s immigration policies.

Pope Francis has clashed with the US President over immigration on numerous occasions since Trump’s election.

“Separating children from their parents goes against natural law, and those Christians ... you can't do it. It is cruel. It is among the greatest of cruelties. And to defend what? Territory, or the economy of a country or who knows what.”

During the interview, the pope also claimed that he would tell Trump the exact same thing if he was sitting face to face with him.

“I say it publicly. I have even said that those that build walls end up being prisoners of the walls they build.”

Trump met with Pope Francis during his first overseas trip in 2017. The pair have not met again since.

Pope Francis had been critical of Donald Trump’s election campaign in 2016, citing that it was not Christian to build walls instead of bridges. Trump responded in typical fashion, labeling the Pope a “disgrace” and a pawn of the Mexican government.

Read more: Recalling a time when the Irish in America loved immigrants

While tensions between the two stately figures had subsided somewhat following that meeting in 2017, it would appear that Pope Francis has renewed his criticism of the controversial US President.

Since taking office, Trump’s administration has employed a zero-tolerance policy on the border between the US and Mexico and the number of children being separated from their parents at the border increased under Trump’s presidency. Facing public outcry, this policy was discontinued.

However, Trump continues to make building a wall between America and its neighbor a top priority. He has declared a humanitarian crisis at the southern border after he failed to reach an agreement with the Democrat-controlled House of Representatives on how to fund the building of the wall, prompting the head of the Catholic Church to once again publicly criticize his immigration policies.