Almost half of Irish people think the government should make attempts to stem the flow of immigrants into Ireland, according to a new survey. 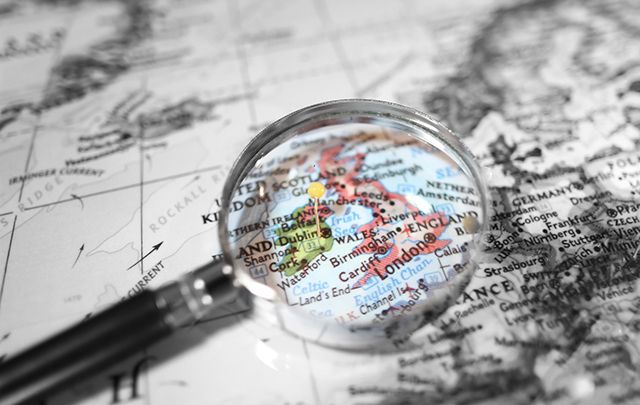 Almost half of Irish people think the government should make attempts to stem the flow of immigrants into Ireland, according to a new survey. iStock

Almost 50 percent of Irish people believe immigration to be a big problem in Ireland, according to a new survey. While 53 percent don’t agree, some 44 percent of those surveyed believe the Irish government should be making efforts to restrain the influx of immigrants to the country.

The survey, carried out by Dublin-based iReach Insights, questioned 1,000 Irish adults on the views about immigration in the aftermath of US President Trump’s executive order which banned US entry to seven Muslim-majority countries and put a stop to the intake of refugees from Syria. The order has since been blocked by a US federal appeals court.

In total, 47 percent of Irish people surveyed felt that immigration to Ireland is a big issue while 53 percent disagreed.

Thirty-six percent did not believe that the Irish government should act to quell the numbers immigrating to the country while 20 percent were still unsure.

An increase in crime is the main concern for those who feel immigration has a negative impact with a massive 71 percent believing that the crime rate increases with more immigrants being let into the country. The other negative impacts identified were more closely related to Irish people believing that immigrants could become a burden on the state with 57 percent thinking the increase in population would not be good for Ireland and 45 percent concerned about the effect immigration will have on the economy.

Cultural diversity was a massive bonus for those Irish adults who think immigration to have a positive impact. A giant 92 percent of those who welcomed immigrants felt that this was the main benefit while 71 percent and 62 percent welcomed an inflow of young people and job/skills gaps being filled respectively.

When asked more directly about the various ways that immigration could affect Irish society, only 27 percent believed that immigrants would take jobs from Irish citizens with 58 percent disagreeing. A larger percentage of people were worried about immigrants use of public benefits (healthcare, childcare etc.), however, with 59 percent admitting that they thought it posed a threat. A further 36 percent believed that immigrants could pose a threat by being physically aggressive toward others. Forty-seven percent disagreed.

Carried out between January 26 and February 3, 2017, the iReach Insights survey questioned one thousand Irish adults. President Trump signed his executive order on immigration on January 27, just a day after the survey began.

With preclearance for US customs and immigration established in Dublin and Shannon airport in Ireland, the executive order signed by Trump was much criticized as it would mean the implementation of the ban on Irish soil.

On January 31, Irish Taoiseach (Prime Minister) Enda Kenny established that there would be a complete review of the preclearance location in Ireland as a direct result of the executive order. Taoiseach Kenny was also called on to refuse the US President’s invite to the White House this St. Patrick’s Day in light of the moves against immigration when there are an estimated 50,000 Irish living and working undocumented in the US. The Office of the Taoiseach has confirmed that the White House visit on March 17 will continue.

Do you think #immigration is a big problem in Ireland? 47% of Irish adults answered with YES! #survey #infographic pic.twitter.com/AX3Dv8O6gr