POLL: Should Northern Ireland be included in maps of Ireland?

An independent jewelry store is selling maps of Ireland without the six counties of Northern Ireland, sparking annoyance amongst some Irish customers, but are they right? 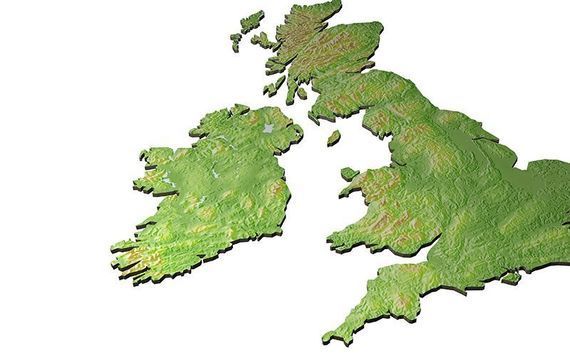 An Irish customer was left frustrated after an independent Texas jewelry story omitted Northern Ireland from a map of Ireland necklace.

An IrishCentral reader, who wishes to remain anonymous, bought the personalized chain with the country of Ireland and the state of New York as a present for his daughter but was left confused when the map of Ireland appeared to be missing most of its head.

The unnamed customer pointed out the apparent error in an email to the unnamed company, who told him that the omission was not an error.

"Northern Ireland is part of the UK, so it is not included in the Ireland charm," the company said in response to customer's query.

Often referred to as a "teddy bear's head", maps of Ireland almost always include the six counties of British-occupied Northern Ireland.

Having said that, the jewelry store was technically correct to omit the six counties, which are not part of the Republic of Ireland.

The inclusion of the six counties in a "map of Ireland" could be seen as offensive from certain unionist communities in Northern Ireland.

However, it is undeniable that a map of Ireland looks highly unusual without the six counties and the unnamed customer is in the process of returning the necklace that he bought for his daughter as a result.

The issue has proved contentious in the past.

In 2017, RTÉ received more than 200 complaints from enraged nationalists after the Late Late Show published a map of Ireland without the six counties of Northern Ireland.

Sinn Féin's Mary Lou McDonald took to Twitter at the time to condemn the national broadcaster.

"What is this all about? Who took it upon themselves to mutilate the map of Ireland. And why?" McDonald wrote on Twitter.

Several people defended RTÉ, however, and pointed out that the broadcaster was simply publishing a map of the 26 counties.

"Could it possibly be a map of the Republic of Ireland? Ya know... the sovereign state that takes up most of the island of Ireland," one Twitter user said in response to McDonald.

What do you think? Should the map of Ireland include the six counties of Northern Ireland? Or should it simply contain the 26 counties of the Republic of Ireland? Let us know in the poll below!