Republican Senator Mike Lee recently blocked the creation of Smithsonian for women and Latinos, claiming that they would deepen social divides in America. 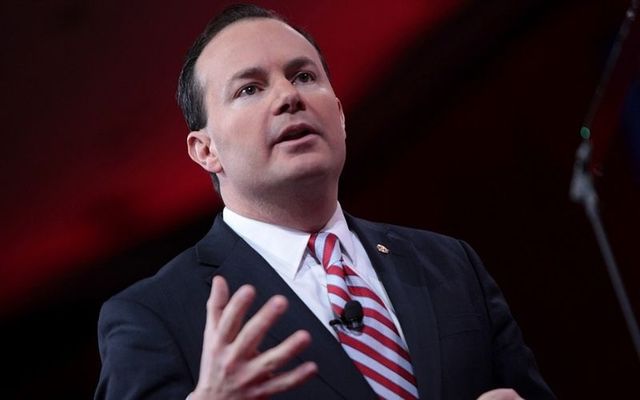 MIKE Lee had it pretty good as a kid.

His father, Rex, served as the U.S. solicitor general under President Ronald Reagan.

That’s a neat thing for a young boy to see.  I have an old photo of my dad in his New York City Sanitation Department jumpsuit, beside an enormous, filthy garbage truck.

It’s neat he drove a massive rig like that. But it’s also neat to see your dad argue a case in front of the Supreme Court.

And also to attend Brigham Young University, where your dad was a founding dean of the J. Reuben Clark law school.

Mike Lee has since become a U.S. senator from Utah, and was at the center of a fight last week that was charmingly old-fashioned in that it had nothing to do with vaccines or viruses.

“For more than two decades,” the New York Times reported, “Latinos and their allies in Congress have been fighting to approve the creation of a National Museum of the American Latino in Washington. The push to create a national women’s history museum has taken about as long.”

“My objection to the creation of a new Smithsonian museum or series of museums based on group identity -- what Theodore Roosevelt called hyphenated Americanism – is...a matter of national unity and cultural inclusion,” declared Lee.

He continued, “The so-called critical theory undergirding this movement does not celebrate diversity; it weaponizes diversity. It sharpens all those hyphens into so many knives and daggers. It has turned our college campuses into grievance pageants.”

It’s quite a leap from museums for immigrants to cancel culture and, uh, sharp knives.  But he’s the smarty-pants senator.

Still, alluding to Teddy Roosevelt’s disdain for “hyphenated-Americanism” as if it were some brilliant checkmate, is kind of dumb.

Roosevelt, and fellow president Woodrow Wilson, swung that term like a club, spreading fear that many Irish and German immigrants were not worthy of American citizenship.  A wide range of Irish social and cultural groups, like Clan na Gael, were accused of divided loyalties -- a nice way of saying they were un-American. Newspapers were closed, and activists were imprisoned.

Similar accusations were made against all Catholics, who (so it was believed) could not possibly be loyal to both the pope in Rome and the president in the White House.

That’s why many anti-Catholic folks back in the day believed that scheming Jesuits were building a tunnel from the Vatican to the White House.

And you thought QAnon invented crazy.

While we’re on the always-sensitive topic of religion, we should note that Mike Lee is a Mormon.  And BYU is a Mormon school.

Just as upstanding Americans were worried about Vatican tunnels, they were also worried about all manner of Mormon malfeasance. These days, such stories are generally used to illustrate how silly bigoted fear is.

But we forget that Mormons -- and Catholics -- refused to shed their beliefs, and built separate, segregated worlds in the U.S., even though a lot of Americans accused them of being weird, disruptive or foreign troublemakers.

You know, for posing a risk to “national unity.”

Right now, in the name of something like “national unity,” France is cracking down on all kinds of Muslim religious expression. Curious what the likes of Lee would say if Mormons or Catholics were accused of disrupting “national unity.”

Yes, there is a fine argument to be had about the point at which the federal government should ease up on so-called “identity politics.”

For now, maybe it’s best the pandemic cancelled all those St. Patrick’s Day parades back in March.

All those Irish flags and Irish whiskeys.  A threat to “national unity” is what they are.