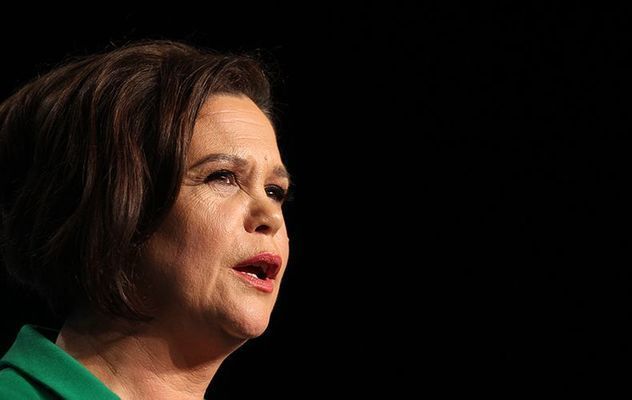 It is the first time in three years that satisfaction with Matin’s leadership has fallen behind that of a Sinn Fein leader.

Since the General Election in 2016, Martin’s leadership of Fianna Fail had remained 10 points above Gerry Adams’ Sinn Fein leadership. But now McDonald, who was appointed leader of Sinn Fein in January, replacing Gerry Adams, is rating ahead of Martin.

The Sunday Independent/Kantar Millward Brown poll, taken between April 18 and 30, shows that satisfaction with McDonald’s leadership increased seven points to 46pc since the last poll. Meanwhile, during the same period, satisfaction with the Fianna Fail leader has fallen four points to 44pc.

Overall, the Sinn Fein party has gained three-points to 22pc, but still remaining behind Fiana Fail which stands at 27pc.

The poll also shows that Taoiseach Leo Varadkar’s popularity has fallen for the first time since being elected the leader of Fine Gael. Although he still remains Ireland’s most well-liked leader his satisfaction rate had dropped two points to 56pc, while his dissatisfaction rate increased five points to 34pc.

The Fine Gael party also saw a dip in popularity, dropping two points, but it would still top the poll in a general election at 34pc, the Irish Independent reports.

As for the other parties, Labour is at 5pc, Greens 3pc, Independent Alliance 5pc, Solidarity/People Before Profit 1pc, and non-aligned Independents 2pc.