Could this promise be enough to make Labour Party leader Jeremy Corbyn Britain’s next Prime Minister? 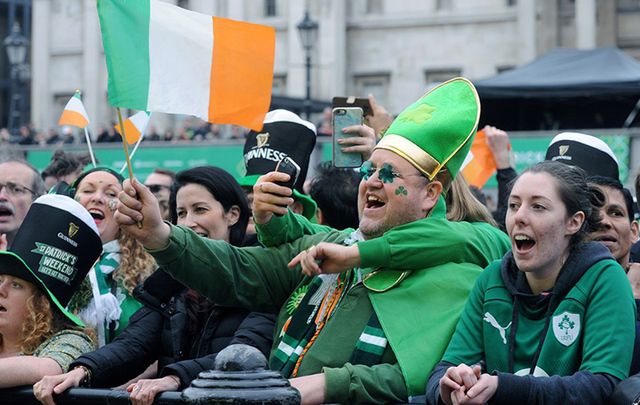 A leading British politician wants St. Patrick’s Day to become a public holiday across the whole of the United Kingdom. Jeremy Corbyn currently leads Britain’s opposition Labor party and has pledged to introduce four new public holidays if he becomes Prime Minister after a general election in June.

There are currently eight public holidays in England and Wales; Northern Ireland also celebrates St. Patrick’s Day and the Twelfth of July and many Scots take time off on days of special local importance - such as Queen Victoria’s birthday.

“We have less public holidays than any other country in Europe,” he told the BBC. “It would also have the effect of recognizing the historical diversity of the UK.”

When pressed as to how much money it would cost in lost productivity Corbyn said the loss would be balanced out in increased spending by individuals.

“Actually, what people need is more time with their families… a public holiday celebrating the diversity of our nation is probably quite a good thing!” he added.

His comments were welcomed by the respective leaders of the Welsh and Scottish Labor parties but on current polling trends his  ideas look unlikely to be implemented.

Polls released so far since Prime Minister Theresa May called an election last week suggest Corbyn faces a tough fight if he wants to move into 10 Downing Street on June 9th.

The most positive poll for the Labor party suggested it was trailing Theresa May’s Conservative party by only 11% - with the Tories on 40% and Labor on 29%.

Most however put support for Conservatives in the mid to high 40’s and one even suggested they would take 50% of the vote if the election were held now. Such a result would be unprecedented in the post-war era; no British political party has polled over 50% since the Second World War - not even in 1951 when Sir Winston Churchill lead the Conservative party.

Most of those polls however were conducted well before his St. Patrick’s Day pledge; perhaps now they’ll start to change.