National Women’s Council of Ireland says only four women in a cabinet of 15 is not enough. 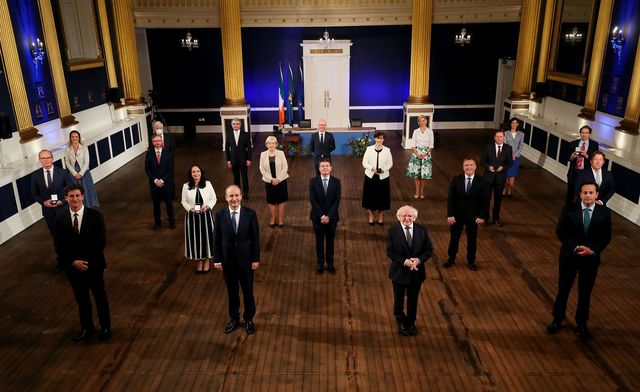 The National Women’s Council of Ireland (NWCI) has expressed dismay at the low number of women in Taoiseach Micheal Martin’s newly-formed cabinet.

In a statement reacting to the formation of the new coalition, NWCI director Orla O’Connor said the presence of just four women in the 15-strong cabinet was a result of Ireland’s two main political parties failing to run a sufficient number of women to electable seats during the last general election.  She is now calling on Martin to do more to actively promote more women in politics.

“It is really disappointing that in 2020 we will still only have four women as cabinet ministers,” O’Connor said.

“The current makeup of the cabinet is a direct result of the missed opportunity by the two main political parties to run sufficient numbers of women on electable seats during the last general election.

“Four women do not even meet the current quota of 30 percent where we can begin to address gender balance, let alone the desired 50/50 split that has been achieved in many other countries across the world.

"Women cannot afford to wait for equality,” she continued.

The NWCI is urging the new government to pass legislation for the introduction of a gender quota for local elections in 2023.

They also want an increase in the number of initiatives supporting women to run for political office at all levels.

The National Women’s Council of Ireland’s mission is to lead and to be a catalyst in the achievement of equality for women. They are the leading national representative organization for women and women’s groups in Ireland.

A non-governmental, not-for-profit organization, founded in 1973, we seek to achieve equality for women. NWCI represent and take their mandate from their over 180 member groups from across a diversity of backgrounds, sectors, and geographical locations. They also have a growing number of individual members who support the campaign for women’s equality in Ireland.