The Kennedys are making a major political comeback

A new generation of the Kennedy clan is stepping into the political spotlight. 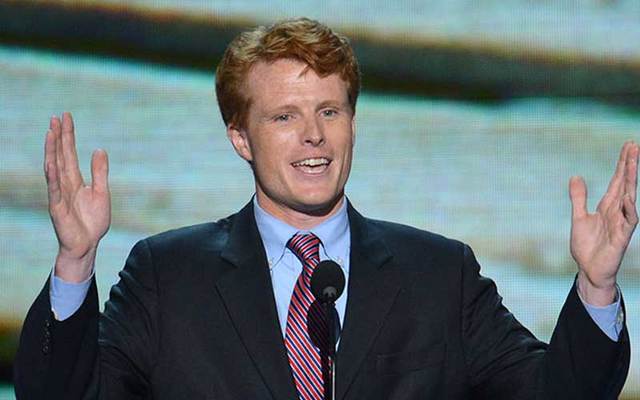 A number of new generation Kennedys are returning to the family business of national political leadership. Predictions of a return to the White House have been made for some time in the future the Boston Globe notes.

Recently, Massachusetts congressman Joe Kennedy III grabbed the spotlight when he stepped forward to attack the GOP’s health care plan. Chris Kennedy, the eighth of Robert and Ethel Kennedy’s 11 children, has launched his 2018 bid for governor in Illinois. Meanwhile his cousin Ted Kennedy Jr., son of the late Massachusetts senator, might also be considering his own gubernatorial run in Connecticut, where he’s a member of the state senate.

In the current political climate, with Trump in the White House and “a vacuum of power in the Democratic party,” the time is ripe for a Kennedy clan comeback, the Boston Globe reports.

“When President Obama was president, he got all the attention,” said Kathleen Kennedy Townsend, daughter of Robert Kennedy and Maryland’s lieutenant governor from 1995 to 2003. “People are looking at other young Democratic stars who are coming up, and they are looking at our family.”

In the past decade, the Kennedy clan’s political power has faded significantly, with the last generation of the family retreating from public life for the most part.

“I thought it was over for that generation. I’m surprised that they’re coming forward,” says Kennedy family biographer Laurence Leamer. “The Kennedys have lost that invincibility. Young politicians are not going to be afraid to go up against them.”

He says one thing that distinguishes this recent wave of Kennedys is that Chris and Ted had other careers prior to diving into politics. Ted, who has a law degree from the University of Connecticut, focuses on health care issues at the Stamford offices of the law firm Epstein Becker Green, while Chris is a developer in Chicago.

“All of them paid their dues,” Leamer says. “So some people who don’t like Kennedys can vote for them despite their names and not because of it.”

Joe Kennedy III, 36, had his moment on March 9 when he read a 73-second speech during a committee debate on Trump’s attempt to repeal the Affordable Care Act. The day before, House Speaker Paul Ryan had labeled the health measure – which would have left 24 million people without insurance – an act of mercy.

“With all due respect to our speaker, he and I must have read a different Scripture,” said Joe Kennedy, who listed the ways he thinks the legislation would hurt the poor and the needy. “This is not an act of mercy. It is an act of malice.”

His speech was viewed more than 10 million times online.

“I’m as surprised as you are,” he says. He added that he was “struck” by Speaker Ryan’s comments as “a really callous way of talking about how government treats people in a time of need.”

In a recent interview he said: "I’m proud of what my family has done, and the record they have. That record stands very, very squarely with people who have struggled to have their voices heard at the highest echelons of government."

Of the new generation of Kennedys, it is believed he would be the one most likely to make it to the White House.

“Joe Kennedy III is super impressive and incredibly talented. Much more talented than his father,” said Scott Stossel, editor for The Atlantic magazine and a biographer of Sargent Shriver, Joe’s great uncle. “Fifteen years from now, I would not be surprised to see him in the Oval Office.”

In his gubernatorial bid, Chris Kennedy, 53, is putting the Kennedy name front and center. According to his team, his famous name polls well, particularly among older voters who tend to come out in an Illinois Democratic primary.

At a recent fundraiser in Winnetka, Ill., he offered his immigrant family history as an example of what Americans hope to obtain but too often haven’t been able to accomplish.

“They’re thunderstruck by what’s happened to them,” said Chris Kennedy, “They feel like the promise of this country, the notion that any of them can make it, can arrive here like the Kennedys did and rise from rags to riches, that that promise, which they refer to as the American dream, that that promise has not been kept. And they’re raging mad.”

Kennedy says he has hemmed and hawed about running for governor in the past.

“I’m part of a wave of people who have a renewed interest in politics after the November election,” he says. “Apathy is dead. People aren’t going to sit on the sidelines anymore. They want full engagement.”

“A number of people have talked to him about him running for governor,” says his cousin Kathleen Kennedy Townsend. “He’s looking at that race very seriously.”

Ted Kennedy Jr, who was elected to the Connecticut state Senate in 2014 at the age of 53, has kept a fairly low profile, mostly working on environmental bills, the Boston Globe reports.

He recently met with sitting Connecticut governor, Dannel Malloy, also a Democrat, and one who has prompted speculation that he won’t seek a third term. Kennedy reportedly told the governor that he wanted to launch a campaign but would only do so if Malloy doesn’t run again.

Amid speculation about his gubernatorial ambitions he has said: “If other opportunities to serve were to arise, I would consider them.”