Kennedy's proposal would provide $250,000 to the family of an essential worker who died of COVID-19. 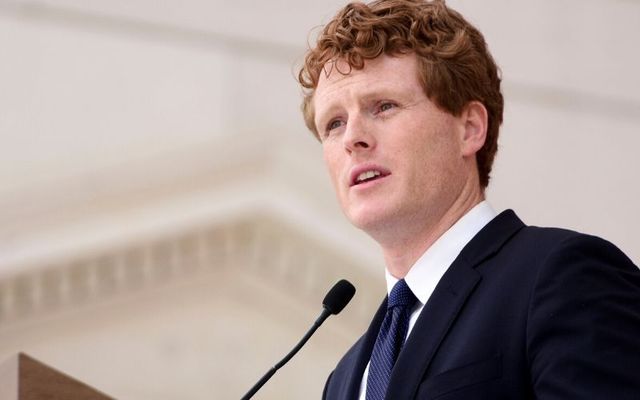 Democratic Representative Joe Kennedy III is calling for a fund to compensate the families of essential workers who died during the COVID-19 pandemic, similar to a fund created for victims of the 9/11 terrorist attacks.

Joe Kennedy III's proposal would provide $250,000 to the family of an essential worker who died of COVID-19 and would additionally provide $100,000 each for every spouse and child of a deceased worker.

The fund would also cancel any private student loan debt held by the worker and cover all funeral costs.

Furthermore, the proposal would cover workers who contract the virus by compensating any loss of income while they are sick in addition to covering their medical expenses and home services if they are too sick to complete household tasks.

Kennedy did not provide a cost estimate for his proposal, called the COVID-19 Workers Benefit Program.

The Massachusetts Representative said that the fund is modeled on the September 11th Victim Compensation Fund, which paid out more than $7 billion to families affected by the 9/11 attacks.

At least 88 nurses have died from COVID-19 as of May 6, according to National Nurses United, while thousands more have tested positive for the virus.

Transit workers across the United States have also been deeply impacted by the COVID-19 pandemic with at least 123 deaths in New York City alone.

The United Food and Commercial Workers Union said at the end of April that 73 of its members had died from COVID-19. The union incorporates 1.3 million people working in grocery, retail, pharmacy, meatpacking, and other essential sectors.

Kennedy said in a statement that anyone who sacrifices their life in the fight against COVID-19 should at least be compensated by the United States Government.

"If governments are willing to ask these workers to potentially sacrifice their lives for our economic well-being, we cannot turn our backs when grieving families demand justice."

If we say someone's work is essential, we should treat them as such. pic.twitter.com/iigkFIiDNO

We must meet this moment. We must provide direct assistance.

His proposal was to spread out over April and May.

The Trump Administration is currently providing monthly economic stimulus payments of $1,200 to help people survive during the crisis.

Kennedy is currently running for the US Senate against incumbent Massachusetts Senator Ed Markey.