Sinn Fein’s Mícheál MacDonncha is to be banned from Israel due to Dublin City Councils call to expel Israeli Ambassador and his support of boycotting Israeli products. 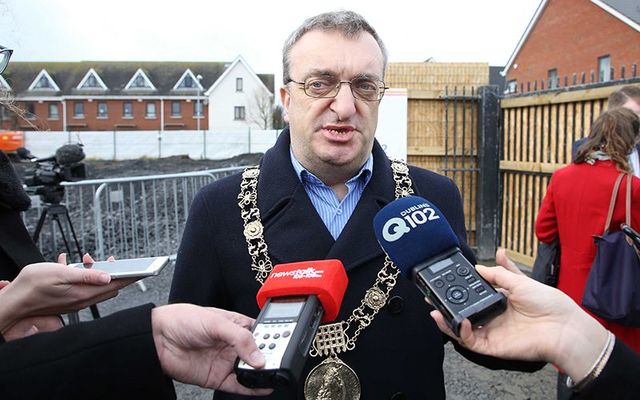 Sinn Fein’s Mícheál MacDonncha is to be banned from Israel due to Dublin City Council's call to expel Israeli Ambassador and his support of boycotting Israeli products.

Authorities in Israel are attempting to deport and ban Dublin’s Lord Mayor Mícheál MacDonncha who bypassed border control officials at Ben-Gurion despite the warrant issued preventing him from entering. MacDonncha, a Sinn Fein councilor, is active in the promotion of a boycott against Israel.

On Tuesday MacDonncha slipped by airport security as he filled in his immigration slip using his full title Árdmheára (Lord Mayor) Mícheál MacDonncha. It seems the Israeli authorities thought Árdmheára was his first name.

MacDonncha traveled to the West Bank city of Ramallah on the invitation of the Palestinian Authority. He is attending a three-day conference on the status of the city of Jerusalem. The Lord Mayor of Dublin is an active supporter of a pro-boycott group, Ireland Palestine Solidarity Campaign. He said he had traveled to Israel as Dublin City Council supports the people of Palestine and was critical of Israel. 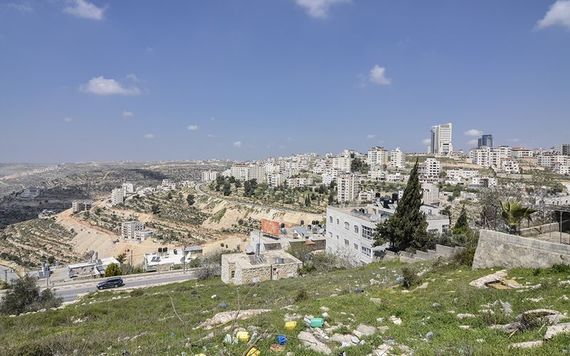 The city of Ramallah, in the West Bank.

On Wednesday MacDonncha spoke to Newstalk saying that he was bringing a message of support from Dublin for the need for inclusivity, a negotiated settlement, and dialogue.

The Lord Mayor of Dublin rejected criticism that he should be in his home city dealing with the ongoing homeless crisis. He said the visit was short and traditionally Lord Mayors have made occasional international visits.

MacDonncha said events in Gaza, including the shooting of protesters by Israeli soldiers were reminiscent of Bloody Sunday in Derry, in 1972, but on a larger scale.

He said the move by the Israeli government to declare Jerusalem the capital of the State of Israel was a backward step in the peace process.

In 2017 the United States also recognized Jerusalem as the capital of Israel. This also sparked protests among the Palestinians. 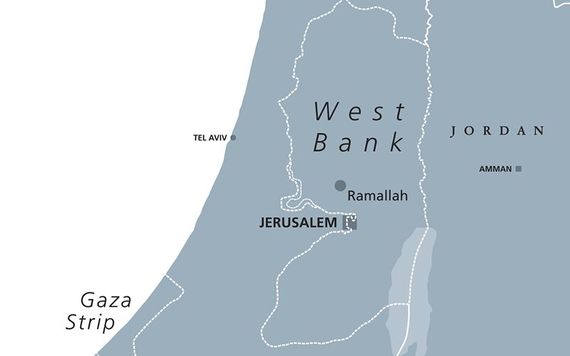 The area at the heart of the Israeli-Palestinian conflict.

It seems now that the Israeli authorities are blaming each other for the fact that MacDonncha evaded their security’s detection.

A source told the Irish Times “The details aren’t received with the man’s picture.

“The ministry of strategic affairs misspelled the man’s name in the document it gave the border control, and that’s how it was entered into the system. If someone is barred from entering, the system should produce a warning as soon as the name is entered, but when someone arrives with a passport bearing a different name, there’s no way of knowing about the ban.”

Israel’s interior ministry claims it was provided with the wrong name, but the strategic affairs ministry insists MacDonncha’s name was spelled correctly.

Interior minister Arieh Deri said the matter is being investigated

“The probe is necessary in order to prevent such mishaps in the future and to glean lessons from what happened,” Deri said.

“After the Lord Mayor of Dublin departs from the country, and in light of his activity against Israel, I’ve instructed that a letter be delivered to him which would forbid future entry into Israeli territory.”

In a statement Deri explained his decision pointing out that MacDonncha had led the Dublin City Council decision on April 9, 2018, calling on the Irish Government to expel Israel’s Ambassador to Ireland.

The Strategic Affairs Ministry’s recommendation was to deny MacDonncha entry because of his “consistent and clear activity to advance boycotts against Israel” and his activity the Ireland Palestine Solidarity Campaign.

Israeli Strategic Affairs Minister Gilad Erdan said, “the policy I set is clear: He who works consistently to boycott Israel will not enter here”.

Israel’s Foreign Ministry has also issued a statement condemning the Dublin City Council decision to call for the Irish Government to expel the Israeli Ambassador.

“The city of Dublin adopted a shameful and ridiculous resolution, in the hateful spirit of Hamas and similar organizations,” the statement said.

“It is utterly unacceptable that the capital city of a country which is a member of the European Union adopts a resolution that is entirely a boycott, hateful and racist. We expect a scathing Irish condemnation of this despicable resolution.”