The Minister for Housing Simon Coveney says his party represents the homeless – not everyone agrees. 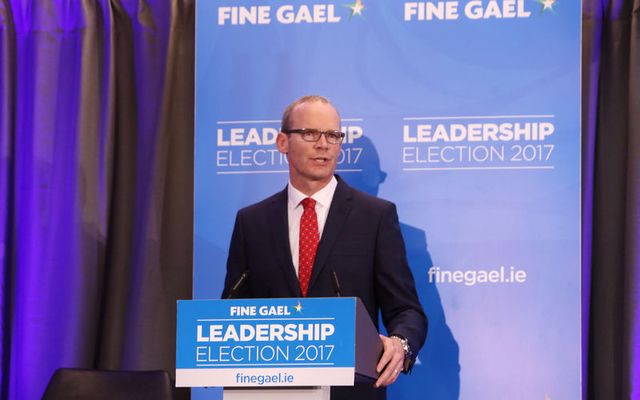 A candidate for the leadership of the governing Fine Gael party and Taoiseach (Prime Minister) has been lambasted for his record as housing minister.

Simon Coveney told party members, “We represent the man in the sleeping bag tonight on Grafton Street, as well as the man who is creating 1,000 jobs.”

“If 'Rebuilding Ireland' was being implemented as planned I would say yes there is progress but it has become more of a wish list than reality: target dates have been missed in the vital areas of construction of new homes, including Rapid Build and the quick-win of bringing some of the 183,000 vacant houses back into use.  The Vacant Homes Strategy, which was promised by the end of March, has still not been published,” she added.

“The government voted down legislation last year to stop evictions of tenants in buy-to-let properties that are being sold,” he told us in an e-mail.

“[They] really need to look at introducing stronger measures to encourage property owners to get empty houses back into the active housing stock. This could include possible measures such as a tax on empty homes, to kick-start the building of homes and follow through on delivering a more secure private rented sector if Ireland is to end this deepening crisis.”

The Peter McVerry Trust has also urged the Department to “establish teams of Empty Homes Officers.”

“We have around 50,000 empty homes in Irish cities or 13 empty homes for every homeless adult. That is in an intolerable and deeply frustrating situation,” a spokesman told the Journal.ie in January.

Official figures show that since Coveney became Minister for Housing after last year’s general election the number of homeless people has continued to rise and stood at a record 7,000 in January – including 2,500 children.

The Department of Housing told IrishCentral that the recession had resulted in a lost decade for the Irish construction industry but that, “Ten months into the implementation of Rebuilding Ireland there is strong evidence that the focus on increasing and accelerating supply is starting to work.”

They added that planning permission approvals had increased 26% in 2016 and the rate of completion for new homes between March 2016 and February this year had increased by 19% to 15,684 dwellings.

In addition, the number of homeless people living in Dublin B&B’s fell from 870 in March to 695 in April.