Councillor Des Guckian was asked to withdraw his remarks after repeatedly using a racial slur during a local meeting on Monday night. 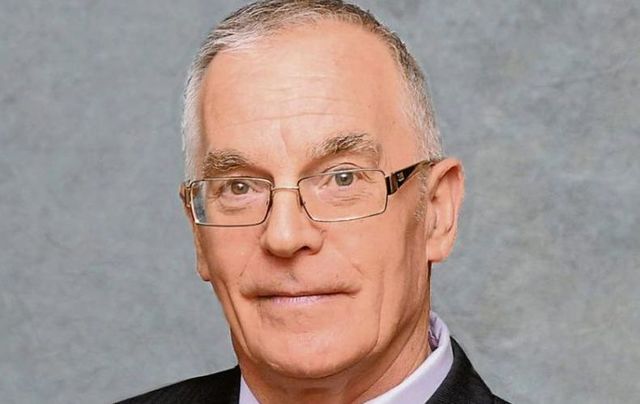 A local politician in Ireland is reportedly refusing to apologize after using a racial slur at a council meeting on Monday night, attempting to equate slavery and racism in the United States with the poor state of repair of country roads in Ireland.

While wishing to put forward a motion that a survey be carried out on local roads to ensure that they are in an adequate state for cars to reach houses in the Co. Leitrim area he serves, Councilor Des Guckian stated, “We are certainly not n****rs like in the eyes of the south of the United States, that is long gone.”

When met with the outrage of the others attending the Monday night municipal meeting of Carrick-on-Shannon councilors, he continued a second time to say, “You are remarkably sensitive. That's a total red herring. The reality is that in the US in 1964 n****rs were totally discriminated against.”

White. people. do not. get. to. use. the. n-word.
& Leitrim is a v underserved area but white people have NO right to equate any struggle of theirs w/ centuries of violence and oppression experienced by black people in the US. @leitrimcoco this is on you https://t.co/UtqnOtlUiX

He was immediately asked to take back his comments by fellow councilors and Chairman Séadhna Logan has confirmed that he will be given another opportunity to do so at the next meeting in January. The Local Government Management Agency has also been approached to assess whether Guckian should be sanctioned in some way for his remarks.

“He [Guckian] was asked on a number of occasions to withdraw the remark and he refused. I made it quite clear that the comments would be minuted and it would be on his head,” Logan told TheJournal.ie.

“His reaction was deplorable, to be honest. He tried to justify his position, which was unacceptable – and there was no acceptance from him that what he had said was unacceptable.”

Despite the backlash Guckian denies that his words are wrong. He has instead aligned himself with the new American-style of politicians who assert that people are overly-PC. He says that at root this is an attempt by a political rival to distract from the real issues or problems.

While using the racial slur itself was already too much, too far, and completely wrong, Guckian's argument in his own defense on Irish radio station Ocean FM the following day really showed how far this Irish politician has gone into ignorance and absurdity.

“What I said was far from being a racial slur,” he told a befuddled and frustrated presenter.

“There was no slur whatsoever intended, quite the opposite, and I don’t know how any person could misinterpret what I said. To me its a storm in a teacup and a very silly effort to be politically correct.”

It seems astounding that a person in a government position (even if it is low-level) couldn't grasp the fact that the very word itself is a racial slur. and that he could have used a number of other framings 'black people,' to 'people of color,' to African-Americans. His point would have been the same only minus the inherent racism.

Even better, Guckian, as an older, white Irish man, should have completely avoided equating his experience of potholes and bumps on the local roads to slavery, continued systematic oppression and white supremacy in the US.

“It was more an attack on the white supremacist who would use such a term,” Guckian claimed, blindly missing his own part in white supremacy by thinking he has the right to use that word and not be held accountable for it.

“I was saying that we are not going to tolerate being second-class citizens. We will not be satisfied to be regarded as second class citizens in our own area.”

Unacceptable & outrageous language from anyone, especially a public servant. Words matter- they can wound & they can divide. It's time to #EndRacism https://t.co/9gDZ7RE6kh

When questioned by the radio presenter as to why he couldn’t simply couldn’t explain the issue in those terms instead of a wildly offensive, inaccurate, and bizarre comparison, the councillor insisted he was still in the right, arguing “It’s very relevant, it’s really relevant.”

“I was talking about a downtrodden people in the United States, I refer to ourselves as downtrodden people here where our interests are being totally ignored by council officials and indeed by the councillors who are affected by these very people.

“I used the language that I used because I was very fed up with the attitude …  I regard these people in the US as downtrodden and they’ve fought back and rightly so and I’m going to fight back on behalf of the people who put me into the county council.”

“These people.” If councilor Guckian couldn’t think of any other way to talk about black people in America without using “these people” or a racial slur while he’s speaking publicly on the radio, how are we to expect that this isn’t the norm at other times as well?

It’s clear to me that this is a word that he uses regularly. It’s not something that just slips out. https://t.co/6HoPIbBAZJ

He also failed to grasp that that racism is an ongoing issue in the US, not a historical fact; referencing back to Martin Luther King, John Hume, and Guckian’s own hunger strike in the 1980s for a Co. Longford hospital, without flinching at the probing on the offense he’d caused and pleas about how he could, at the very least, apologize.

While the quick condemnation of his colleagues was commendable, is this a telling sign of the underlying racism throughout Irish society, a racism that forgot it was now speaking publicly for the world to hear? Or is Councillor Guckian a lone wolf in thinking this behavior is acceptable?

This is a rare example of some of the types that manage to get elected in Ireland.He will get his..do not worry about that.
Councillor who said n-word repeatedly at meeting refuses to apologise (via @thejournal_ie) https://t.co/shYIKU6JiM

Should Councillor Guckian apologize for using a racial slur? Are we seeing the true sorry state of racism in Ireland? Let us know your thoughts in the comments section below.