Brian Webster claimed he and other victims felt like lower-class citizens when they received late notice of Children’s Minister Roderic O’Gorman's apology in the Seanad. 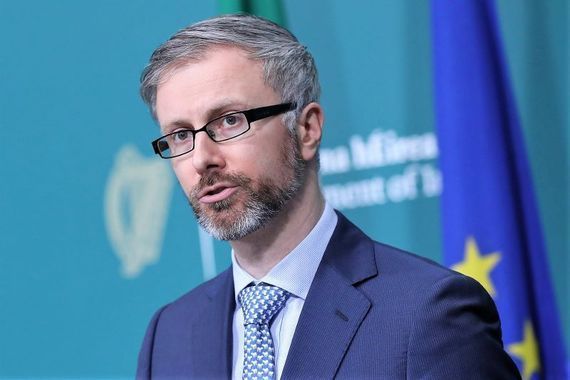 There was a furious reaction by a prominent victim among up to 20,000 who were illegally adopted before an official Irish government apology.

Brian Webster, who only discovered in 2020 that he was illegally adopted, claimed he and others felt like lower-class or second-class citizens because of the late notice of the apology by Children’s Minister Roderic O’Gorman in the Seanad on Tuesday night.

On Tuesday, Webster told Claire Byrne on RTÉ Radio that he would be attending at Leinster House but he and many others had only received notice of the expected apology one day in advance.

He said others received no notification at all. It meant many, including people in Britain and other overseas countries, would not have an opportunity to hear the apology in person.

📻 Brian Webster, who discovered in 2020 that he had been illegally adopted in 1961, told #TodayCB why he was not happy with the manner of an apology issued in the Seanad this evening by Minister for Children, Roderic O'Gorman

He added, “Collectively as a group we’ve felt like second class citizens in all of what’s been happening. Our situation has been lumped into the Adopting and Tracing Bill; people think we are adopted but we are not adopted people. There are no adoption papers for us.

“All of us are collectively contained within an adoption bill that doesn’t suit us.”

Webster said that he and others appreciate the apology, but needed the bill to say the words “illegal” not incorrect.

He said, “The only thing that’s correct on my birth cert is that I'm male, everything else is falsified.

“This is a government apology, others such as mother and baby homes have had state apologies given by the taoiseach in the Dáil, which was the recommendation, but we’re getting a government apology in the Seanad by the minister. I feel we’re being treated as lower class, that we don’t really matter.”

The minister’s apology, during his second stage speech on the Information and Tracing Bill, followed a probe that highlighted many legal issues faced by those who have suffered as a result of illegal birth registrations.

The false registrations occurred when a child was registered as having been born to his or her adoptive parents.

The Report of the Commission of Investigation into Mother and Baby Homes stated that such registrations seemed to have been known to the Department of Health as far back as the 1950s.

The commission found no evidence that any of the irregularities were reported to gardai or to the General Register Office which was responsible for the registration of births at the time.

In 2019, an independent study commissioned by the minister for children found that up to 20,000 adoption records could potentially relate to cases of illegal birth registration.

The review also identified files that included the use of false names or false dates of birth, the absence of valid consent to adoption, and profiteering from adoptions.