Irish government has no empathy for returning Irish citizens 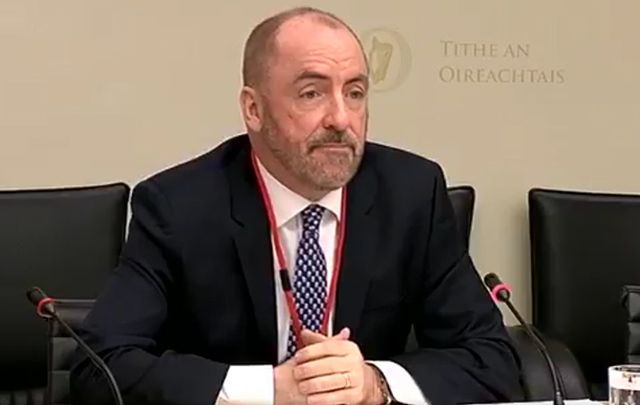 The Irish Government has been accused of having a “complete lack of empathy” for returning emigrants. Speaking before a panel of the Dáil (Ireland's parliament) Committee on Arts, Heritage, Regional, Rural and Gaeltacht Affairs, Ciarán Staunton said the State’s treatment of returning Irish citizens has been “appalling” in many instances. The committee was hearing evidence on the challenges faced by Irish citizens who return home.

Staunton, who serves as Chairman of the US-based Irish Lobby for Immigration Reform (ILIR), said the Irish state treated returning Irishmen and women as “diluted” citizens because they often had to wait years before being allowed to access essential services.

He told the committee "We need to simplify the process of getting car insurance, buying [a] house, getting education for our children, returning to family farms, getting electricity, getting health insurance."

Staunton noted that most American driver's licenses were not exchangeable for Irish licenses - unlike those from Canada – and said this meant many people were having to post L plates (for learner), take lessons and retake driving tests.

He also said returned Irish people had more trouble opening bank accounts than the undocumented in America. "It is easier for an illegal to open a bank account in America than it is if they return home," he insisted.

Karen McHugh, CEO of Safe Home Ireland which helps elderly people retire to Ireland, said many never managed to and that "unfortunately for our cohort of over 60s, they want to come back to die and that's quite sad because some don't get back to die. They get back unfortunately to be buried."

Speaking to IrishCentral after his committee appearance, Staunton said he deplored how “returning Irish citizens who had to go abroad during bad economic times are being penalized.”

He was dismissive of the Government’s “Coming Home” campaign, which aims to encourage 70,000 Irish people abroad to make the move back to Ireland. “They haven't removed any the barriers that we have addressed,” he said.

“Now those barriers have only come in in the last number of years. The Irish emigrants who emigrated in the 80s and came back in the 90s, who built the foundations of the Celtic Tiger did not have any of these barriers in front of them. And what has happened now is that the people who have been away for a few years have almost been diluted of their full citizenship.”

He noted that a number of Irish people who had emigrated and returned to Ireland had changed the course of Irish history. Not least Thomas Clarke, John McBride and James Connolly who were all executed for their roles in the Easter Rising.

Furthermore, he said, Mayoman Michael Davitt who founded the Irish National Land League would nowadays “not be considered a suitable person for farming grants” because he lived in England for a number of years.

However, he was said all such problems were fixable as they were “man created, bureaucratic, so they can be man fixed” but there is not “the will, the desire, or the leadership to grasp this issue” from the Irish Government.

The Irish Government previously promised they would meet regularly on the issue with Minister for Diaspora Joe McHugh. Since that promise was made, he says, seven meetings should have taken place but not one has happened. No reports have been published and the Minister has yet to visit New York or meet with the Irish Lobby for Immigration Reform – the largest such lobby group for the diaspora. Such behavior Staunton describes as “appalling.”

“What he need now is some action,” he concluded.

IrishCentral contacted Diaspora Minister Joe McHugh’s office for comment, but at the time of writing we have not received a reply.

Overall, an estimated 400,000 people have left Ireland since the year 2006: 300,000 from the south, 100,000 from the north. The vast majority left during the years when the economy was in recession and unemployment rose. The most recent figures show that between April 2015 and April 2016 21,100 Irish citizens returned to live in the Republic - a 74% increase on the previous year.